The erstwhile deputy governoship candidate of the Action Democratic Party (ADP) and former coordinator of the defunct Ekiti south development agenda, Comrade ldowu Afuye has analysed the chances of aspirants contesting for the House of Representatives and Senate from Ekiti South Senatorial District.

In his analysis as contained in a statement by media team, he said the senatorial election stands at 50/50 between Hon Yemi Adaramodu of the A.P.C and Senator Biodun Olujimi of the P.D.P.

According to Afuye,” in Ekiti South Federal Constituency 1, Hon Henry Akomolafe of the PDP stands 60 per cent at winning the election, while APC candidate A.V.M Rufus Ojuawo (Rtd) chance of winning stands at 40 per cent”. Saying that the youthful zeal of Akomolafe gives him an edge.

The statement further said that in Ekiti South Federal Constituency 2, Rt. Hon Femi Bamisile, has the chance of 70 per cent above all other candidates due to his achievements in the green chamber.

Comrade ldowu, who said he’s not economical with the truth emphasized that his love for Ekiti remains sacrosanct, adding that he would always put the interest of Ekiti people above his personal interest.

Afuye who decamped to APC before the last gubernatorial election in Ekiti State, said he joined the APC and the Ark of BAO because he knew that BAO was the most credible candidate to win the election. He promised that he would always stand on the side of the masses. 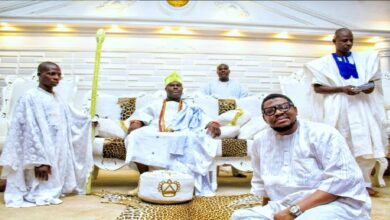