Grammy award-winning rap artist, Belkis Marlenis Almanzar popularly known as Candy B, has been sentenced to 15 days of community service after she pleaded guilty to an assault.

She was accused of orchestrating an attack against sisters, Jade and Baddie Gi, at Queens’ Angels Gentleman’s Club in 2018.

According to the Daily Trust report, the rapper appeared at a Queen’s court on Thursday and pleaded guilty to misdemeanor charges of third-degree assault and reckless endangerment.

The deal comes, rather than the prison time she had faced under the original felony charges.

“Part of growing up and maturing is being accountable for your actions. As a mother, it’s a practice that I am trying to instill in my children, but the example starts with me.

“I’ve made some bad decisions in my past that I am not afraid to face and own up to. These moments don’t define me and they are not reflective of who I am now.

“I’m looking forward to moving past this situation with my family and friends and getting back to the things I love the most, the music and my fans,” she said. 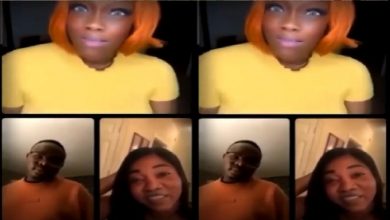 VIDEO: Married Man Exposed On Instagram Live After Trying To Ask A Lady Out