A Chieftain of the All Progressives Congress, Tunde Bank-Anthony, says the presidential candidate of the ruling party for the 2023 elections, Bola Tinubu, cannot claim glory for the successes recorded by the administrations of former governors Babatunde Fashola (also known as BRF) and Akinwunmi Ambode.

“The people that succeeded Asiwaju (Tinubu), BRF succeeded him and his eight years was more visible than Bola Tinubu’s eight years…He (Tinubu) cannot claim glory for what they did; it’s not possible,” Bank-Anthony said on Wednesday when he was featured as a guest on Channels Television’s breakfast program, Sunrise Daily.

According to him, Ambode was a performing governor who was yanked off and disallowed to return to the office for a second term.

Ambode took over in 2015 but lost his re-election at the primary level in the 2019 electioneering process due to intra-party squabbles as APC strongman in Lagos (Tinubu) was reported to have favored the incumbent governor, Babajide Sanwo-Olu, over Ambode.

Sanwo-Olu, who clinched the party’s ticket and won the 2019 governorship election, has again secured APC’s ticket for his re-election in the 2023 polls.

In his interview with Channels Television, Bank-Anthony, who is also a spokesperson for Concerned Nigerians, said Tinubu is not the founder of modern Lagos and his men should not trivialize the contributions of Ambode and Fashola in Lagos or make them inferior to Tinubu’s.

On why Ambode could not get the party’s ticket for re-election, the APC chieftain said, “The primary was held in Lagos, Clement Ebri was in Lagos and he said it loud and clear that there was no primary but he later turned around and said, ‘Okay, let’s accept it like that.

“Ambode was a loyal party man and he stood by it and accepted it. And he has never made a comment about it since that day but people are insinuating so many things about him.”

Since he ended his single term in 2019, Ambode has not been seen at political or social functions with his predecessors – Tinubu and Fashola. He has also not been seen at events with the incumbent governor.

The former governor has also been reticent at the few times he was pictured at APC events at the national level like in May 2021 when he was appointed the deputy chairman of the South-West sub-committee of the Contact and Strategy Committee of the ruling party.

There were reports that Ambode would contest the party’s governorship ticket with Sanwo-Olu at the primary in May 2022 but rather his ally, Wale Oluwo, threw his hat in the ring but lost to Sanwo-Olu.

‘A Performing Governor Yanked Off’

“Since Ambode left office, he has not said a word against Bola Tinubu. All he has said is that please go and register for your PVCs. He (Ambode) is still an APC member, he is still loyal to the APC. He is not leaving the party.”

On whether Ambode is going to support Tinubu’s ambition, Bank-Anthony said, “I don’t see why not…As I sit down here now, if I tell you I am going to vote for you, I can change my mind.”

Unlike Fashola and Sanwo-Olu, Ambode has not publicly endorsed Tinubu’s 2023 presidential ambition and has not been seen at any political event linked with Tinubu’s aspiration for Aso Rock but the months ahead of the February 2023 presidential poll are still much very pregnant.

Like Loading...
Tags
a chieftain of the All Progressives Congress bola tinubu cannot claim glory for the successes recorded by the administrations of former governors Babatunde Fashola (also known as BRF) and Akinwunmi Ambode says the presidential candidate of the ruling party for the 2023 elections Tunde Bank-Anthony 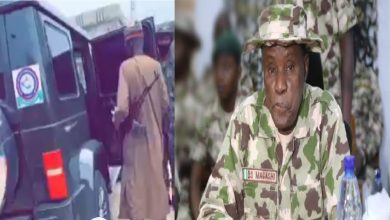 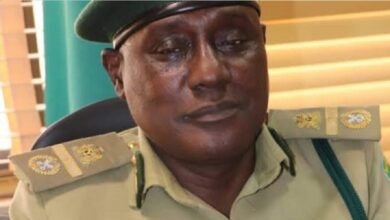 JUST IN: Senate finally Approves Nababa as CG of NCS

Insecurity: Uzodimma To Name Sponsors Of Instability In Imo Tomorrow 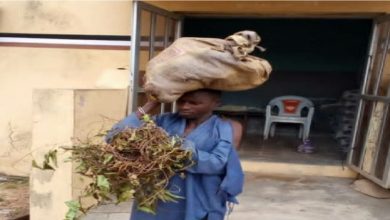