Alhaji Tukur Mamu, the spokesman for Kaduna-based cleric Ahmad Gumi, who was negotiating between bandits and the families of the kidnapped passengers of the Abuja-Kaduna train, was arrested on Tuesday in Egypt’s capital Cairo.

He was arrested and detained by Interpol at the Cairo International Airport while awaiting a connecting flight to Saudi Arabia.

Mr. Mamu, who is the Publisher of Desert Herald Newspaper in Kaduna, negotiated the release of some of the victims of the March 2022 Kaduna Train attack.

He revealed on Wednesday morning that he has been flown back to Nigeria by Interpol after he was interrogated and nothing was found incriminating against him.

He was accompanied by his two wives and one other person.

He is expected to arrive at Aminu Kano International Airport in Kano Wednesday afternoon and maybe interrogated further by officials of the Nigerian secret police, and Department of State Security (DSS).

Mr. Mamu announced his withdrawal as the lead negotiator in securing the release of the hostages of the Abuja-Kaduna train attack after he alleged a threat to his life by the Nigerian government.

The terrorists are still holding several of the victims captive.

Like Loading...
Tags
Alhaji Tukur Mamu BREAKING: Nigeria Bandits’ negotiator Sheik Ahmad Gumi Sheikh Ahmad Gumi the spokesman for Kaduna-based cleric Ahmad Gumi Tukur Mamu allegedly arrested in Egypt was arrested on Tuesday in Egypt's capital Cairo. who was negotiating between bandits and the families of the kidnapped passengers of the Abuja-Kaduna train 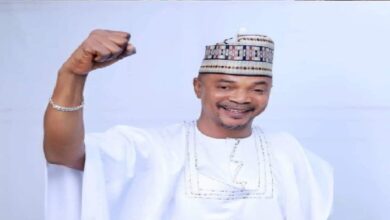 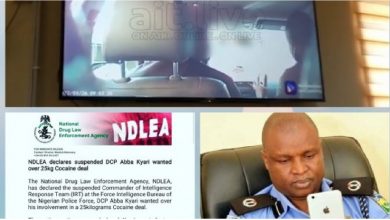