To win the 2023 presidential election, candidates across all political parties have been given a list of conditions to meet.

The groups are calling the candidates seeking to occupy President Muhammadu Buhari’s seat in 2023 to declare their assets before the general elections begin.

The CSOs are specifically making this demand because, as they said, the level of compliance is unknown as data on the asset declaration of officeholders is not available to the public.

“The monetization of politics was the main headline during the political parties’ primaries and has become a pointer to how vote buying and selling will play a disruptive role in the 2023 election.

“Vote-buying has become a widespread practice, where democracy has struggled to be fully consolidated due to Nigeria’s entrenched corrupt political class, trapping citizens in self-sabotaging, subservient relationships with political leaders.”

The groups also urged the candidate to “Declare plans to address negative behaviors that lead to violence, such as vote-buying, and publicly reject vote-buying before and during the 2023 election.”

They also spoke on the need for the politicians to revive Nigeria’s value system in line with the national pledge.

Aside from the above, the CSOs called on the candidates to adopt a Gender Equality and Social Inclusion (GESI) approach in their campaigns and political engagements toward inclusive governance, and a plan to advance the Gender and Equal Opportunity, Bill.

Lastly, the politicians were asked by the groups to make sure that the National Assembly oversees full operational independence of the Independent National Electoral Commission (INEC) ahead of the 2023 elections and yield to calls to be transparent in its financial affairs.

Meanwhile, ahead of the 2023 presidential election, a report analyzed the chances of the top three candidates in the poll: Atiku Abubakar of the PDP, Bola Tinubu of the APC, and Peter Obi of the Labour Party.

About 177 days away from the polls, the report noted that the current standing of the major presidential candidates and their parties, based on the assessment of public opinion, is still too close to call, even though campaigns are yet to officially begin.

For Atiku to emerge as the winner of the 2023 presidential election, the report listed the states he must win and predicted his chances of securing victory in such states. 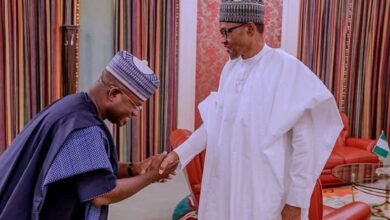 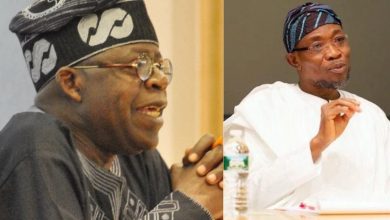 Why I Was Absent At Reconciliatory Meeting With Alaafin, Ooni, Aregbesola – Tinubu