The federal government is proposing a budget of N19.49 trillion for the year 2023. More than half of the money is to be borrowed.

To finance the budget, the federal government plans to borrow N11.03 trillion and privatize several assets to raise capital.

The government plans to generate only N8.5 trillion, out of the N19.47 trillion budget.

Buhari’s administration plans to finance the huge budget by borrowing N7.4 trillion from the domestic market and N1.8 trillion from foreign entities. In addition, FG is expecting N206.1 billion from privatization proceeds and N1.7 trillion in multilateral project-tied loans.

This borrowing plan is far above the recommended threshold stipulated by the fiscal responsibility Act. The law provides that the deficit should not exceed 3% of GDP. However, this plan is 5.01% of the GDP.

However, the law gives the President power to cross the threshold based on the approval of the National Assembly if the president believes that there is a reason to cross.

But the president has steadily crossed the deficit with different justifications. In 2021, it was 3.5% with the argument that there is a need to finance COVID-19 recovery. In the past, the administration premised its argument on funding the defense sector due to insecurity.

This time, the government is making petroleum subsidies the central argument for the huge deficit. However, it’s worth noting that, in this current proposal, the subsidy will only be paid for 6 months.

On Monday, when the Minister of Finance, Zainab Ahmed appeared before the House of Reps Committee on Finance, she lamented that oil theft has reduced the capacity of the government to fund the budget.

She said the inability to produce sufficient oil has made it impossible to meet the crude oil for the PMS swap deal as the government is now paying cash instead of crude oil.

“We need the crude to undertake the DSDP arrangement where crude is swapped for PMS. It means we have to pay for PMS ourselves,” she said.

Furthermore, Nigeria is unable to meet its OPEC quota of 1.86 million barrels per day.

It would be recalled that the federal government recently signed an N4 billion monthly pipeline surveillance agreement with Government Ekpemupolo, better known as Tompolo.

It is a reversal of the initial stance which saw the cancellation of the contract months after President Buhari assumed office.

According to the Debt Management Office (DMO), as of the first quarter of the year, the debt of the country stood at N41.6 trillion.

Dr. Adesanya Moses, an Economist at the Nigerian Army University, Biu, said any borrowing that is not going into financing the capital component of the budget is not sustainable.

“If they keep borrowing not for capital projects, then it is not sustainable because part of it will go into recurrent expenditures and debt servicing. It will be more efficient if the investment can repay the loans— it is what we call derived demand. When you spend money on capital projects, it will help the economy to grow.

While this is going to be President Buhari’s last budget, a large part of it will be implemented by another administration, hence, whoever emerges as the president in 2023, will inherit a huge budget built on borrowing.

Tags
2023 Budget 2023 Budget: How Borrowing Has Become The Main Source Of Funding For Buhari's Budgets Nigeria 2023 Budget president muhammadu buhari The federal government is proposing a budget of N19.49 trillion for the year 2023. More than half of the money is to be borrowed. 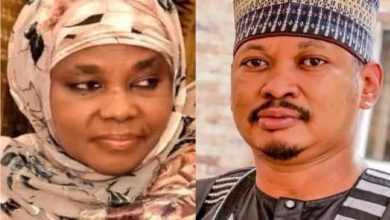