The children who were among the 77 people rescued from the underground cell of the Whole Bible Believers Church, also known as ‘Ondo Church‘, in the Ondo West Local Government Area, have refused to follow their parents home until the police release their pastors.

As the parents of the majority of the victims sobbed over their children’s refusal to return home with them as a result of the purported hypnosis, the twist only seemed more unbelievable on Monday at the police headquarters.

Some of the parents who besieged the police headquarters of the Ondo Command said their kids vowed not to leave the station until the pastors who were detained are released.

The parents complained that “black magic” had been used on the kids and insisted that the victims needed to undergo a comprehensive psychological evaluation.

Michael Olohunyomi, the father of one of the victims, revealed that his daughter Priscilla, 21, had been refusing to eat since Saturday because she believed the pastor should be freed.

“I was a member of that church and I was there for 32 years,” the bereaved father cried. When Peter Josiah was appointed as the church’s assistant pastor, everything about it changed. He introduced harmful heresy.”

Wande Oladapo, a victim’s brother, expressed shock that his 40-year-old sibling could be hypnotized and stated, “My brother has refused to go home after he was discharged on Saturday. He vowed not to leave his pastor in the cell unattended.

Funmilayo Odunlami, the state’s police public relations officer, commented on the development, saying, “Despite all of our efforts and attempts to appease them, some of the victims refused to go home and insisted that they would stay here.

“One of our children declared that she would rather follow the Lord than her parents.”

The State Commissioner for Women Affairs and social development, Princess Bunmi Osadahun said, the state government was working towards rehabilitating the victims.

Tags
also known as "Ondo Church" in the Ondo West Local Government Area Ondo Church: Drama as indoctrinated children refuse to follow parents home The children who were among the 77 people rescued from the underground cell of the Whole Bible Believers Church 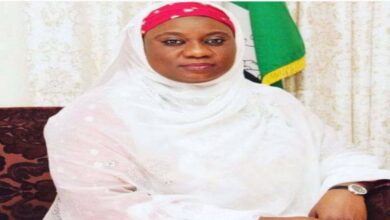 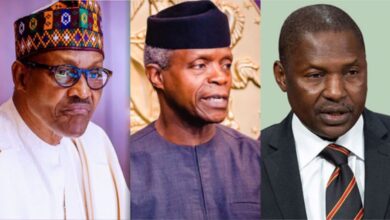