The Borno chapter of the Peoples Democratic Party (PDP) on Thursday suspended its chairman, Alhaji Zannah Gadama, for engaging in anti-party activities.

This is contained in a communique at the end of an emergency meeting signed by state PDP legal adviser, Mr Abdu Jidda in Maiduguri on Thursday.

“The chairman is hereby suspended for a period of one month, while his deputy, Malam Bunu Garba Satomi takes over with immediate effect.’’

He said that the chairman was found to have been involved in anti-party activities. “Apart from breach of the 2017 party’s constitution, Section 58 (a, b, c, d, f, and j) as amended, by not calling a meeting, financial misappropriation and recklessness with funds of the party, Gadama and some of his close allies have been involved in anti-party activities, which has denied the party chance of winning any elective positions in recent times in the state.

“Therefore, after extensive deliberation today, we came out with 3-Resolutions; pursuant to the powers bestowed on this meeting by Section 53(3), Zanna Gadama is hereby suspended with immediate effect for a period of one month pending further investigation.

“Secondly, the state deputy chairman in person of Bunu Garba Satomi should immediately assume duty in acting capacity during the period of the suspension.

“Thirdly, we call on the National leadership of our great party, PDP to act urgently and restore sanity in the Borno State Chapter of the party,” Jidda said. He added: “The people of Borno today are in dire need of good governance and are looking up to the PDP as the only party that will rescue them from the clutches of poverty, joblessness and injustice.”

The meeting was attended by members of the State Working Committee (SWC), chairmen and secretaries from all the 27 Local Government Areas (LGAs) of the state among others. (NAN) 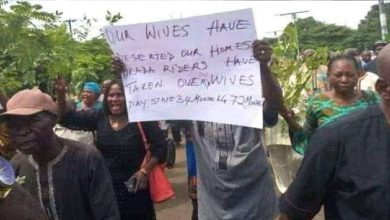 We Have Lost Our Wives To Okada Men’ – Benue Pensioners Protest 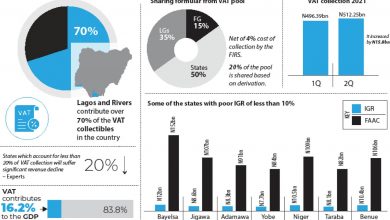