2023: Why Wike Will Not Support Atiku - Fayose – Globalgistng

Mr Fayose said power must shift to the southern part of Nigeria in 2023 after the expiration of President Muhammadu Buhari’s second term.

According to the former Ekiti governor, Mr Atiku failed to fulfil his promise to Mr Wike when he settled for the Delta State governor, Ifeanyi Okowa, as his running mate.

“Wike never said he wanted to be VP, but when Atiku visited him, he was the one who said, ‘I want you to be my VP’. He said that to Wike. If that then changes, is Wike not supposed to be told? Is he not supposed to know?

He recalled that Mr Atiku had ignored the recommendation of a committee set up by the opposition party to pick his running mate.

“PDP set up a committee to recommend a running mate for the candidate and the committee voted and picked Wike, but they didn’t comply with the recommendation of the committee.”

“If the party is now a one-man show, we will show them that we can resist it. We are with Wike 100 per cent.

When they need Wike’s money and Wike’s support, they will say, ‘Wike is good enough’. Wike has been injured, but we will remain with him. Whatever he does is what we would do; wherever he asks us to go is where we will go.”

When asked what would happen should Mr Wike ask them to support Mr Atiku, the former governor said: “Wike will never say we should support Atiku.

Wike cannot come out to say he is supporting Atiku. I dare him to say so; because he knows that whatever he says will haunt him forever. If Wike supports Atiku, we will abandon him.”

Atiku responds
Contacted for a response, Paul Ibe, Mr Atiku’s spokesperson, said his principal and the party will continue to appeal to aggrieved persons within their fold to embrace dialogue.
Because the bigger challenge is winning the election, kicking out the APC and stopping them from the many years of impoverishing our people,” said Mr Ibe.
“It is normal for our people to be aggrieved but the PDP has a way of resolving issues like this and that will be done and we all shall be happy.”

‘Power to the south’
On whether the plan is now to technically support the All Progressives Congress (APC) candidate, Bola Tinubu, or his counterpart in the Labour Party,
Peter Obi, Mr Fayose said: “this is not about Bola Tinubu or Obi, but this is about our belief that power must come to the south and it is a struggle we must actualise.

Mr Fayose further explained that “when the June 12 election was cancelled, the presidency was zoned to the southwest to pacify the southwest region.

“When former President Goodluck Jonathan was over staying, it was believed that he was already using the northern slot. So, he was opposed and a northern candidate was installed through the APC.
This time, it is the turn of the south because Buhari has spent eight years. Why will PDP be insisting that it must again be the turn of the north.”

Mr Fayose also stated that he does not care if his actions are perceived as anti-party activity.

“ What I am saying is, it is the turn of the South, and if they want to expel me, to hell with them. I am not taking money from anyone to belong to this party.

“If they want to rock this boat, we will help them to rock it.” 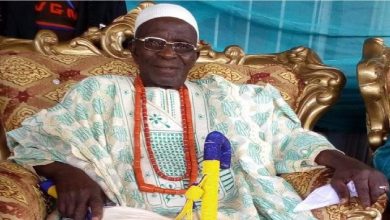 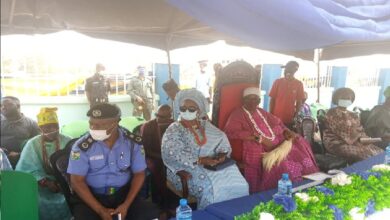