Ekiti state workers have given the state government 21 days to pay the outstanding salaries, criticizing the administration’s refusal to remit the contributory funds to the corresponding quarters.

They said that non-payment of the entitlements had made life unbearable for them in the face of the present harsh economic realities.

The workers, under the aegis of the Trade Union Congress (TUC), also bemoaned the incessant kidnappings in the state in recent times and charged the government and security agencies “to quickly rise to the challenge and nip it in the bud.”

In a communiqué signed by TUC State Chairman, Sola Adigun, and Secretary, Yomi Peters, at the end of its meeting, the body said Governor Kayode Fayemi promised to offset all arrears of payment before the expiration of his tenure in October, noting that he still had the opportunity of the next 21 days to redeem the promise.

Adigun and Peters listed their demands to include: remittance of already deducted dues such as co-operative deductions, contributory pension bank loan repayment, and NHF fund, to the appropriate quarters.

They lamented that most members of TUC had not benefited from the new minimum wage after almost two years of implementation in the state, and called on the government “to implement the minimum wage across the board for all workers without further delay.”

While also noting that the 2018-2019 promotion exercise was selectively implemented, the union called on the government to ensure that others exempted should be immediately captured for financial remuneration.

The workers also frowned at the refusal of the Accountant-General of the state to continue with cooperative savings of Ekiti workers, due to the alleged presence of some syndicate operating in her office. 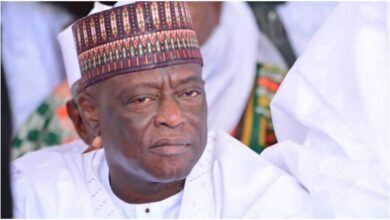 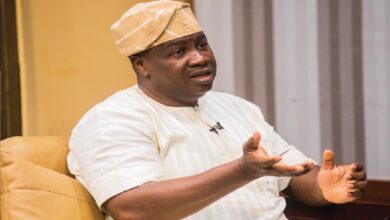