Recall that not less than 25 worshippers were killed by herdsmen who attacked a Catholic church in Owo.

A top official of the Catholic church in Ondo State put the number of those killed at 25.

It was gathered that many worshippers died and several others were injured in what looked like a bomb attack on the church.

Speaking to BBC Yoruba, Abayomi said suspected terrorists attacked the church when the service was about to end.

The cleric said they locked themselves for 20 minutes during the attack.

“We were about to round off service. I had even asked people to start leaving, that was how we started hearing gunshots from different angles,” he said.

“We hid inside the church but some people had left when the attack happened.

“We locked ourselves in the church for 20 minutes. When we heard that they had left, we opened the church and rushed victims to the hospital.” 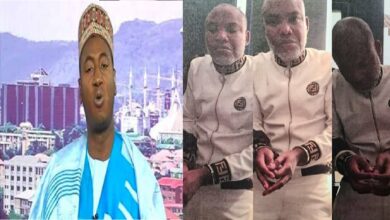