Tinubu, while speaking with members of the All Progressives Congress (APC) in Abeokuta, the Ogun State capital on Thursday, said Buhari had before the election approached him to be his running mate, because he had failed with every other person he picked as running mates in his earlier attempts.

The presidential aspirant stressed that it was former Senate President Bukola Saraki that thwarted the plan by playing the Muslim-Muslim ticket gambit.

He said that he single-handedly nominated Osinbajo to occupy the post originally given to him.

“I gave Osinbajo my right to be Vice President. You’re hearing this from me for the first time. That’s the truth,” Tinubu said. 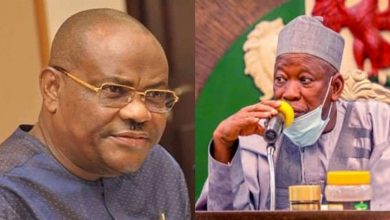 2023 Presidency: ‘You will lose’ – Ganduje tells Wike during visit