President Muhammadu Buhari’s former aide on new media, Bashir Ahmad has taken to social media to express his grievances for losing out in the House of Representatives primary election held for the Gaya/Ajingi/Albasu constituency of Kano state.

It was reported earlier that Ahmad participated in the primary election but was comprehensively defeated at the polls.

The 30-year-old indigene of Kano State contested for the Albasu/Gaya/Ajingi Federal Constituency seat which is currently being occupied by a member of the ruling party, Abdullahi Mahmud Gaya but lost according to the results released on Friday.

Still contesting the election outcome, the former presidential aide on Sunday leaked online a video showing delegates casting votes without due process, in what seems like rigging.

Ahmad in his reaction to the events as seen in the video clip, said scoring a single vote for him must have been a miracle.

He further asserts that there is much to what is shown in the video clip he had uploaded.

Just a glimpse of what happened during the so-called primaries in my constituency. Scoring a single vote must have even been a miracle. There are much more to what was seen here.

Exploring all the possible and legal ways to reclaim our mandate 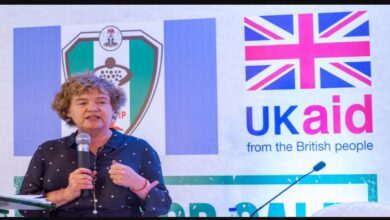