The Nigeria National Petroleum Corporation (NNPC) Ltd, airline operators and marketers have resolved on a common ground in the interim to take measures that will keep the aviation sector functioning in the country.

The agreements were reached at a meeting with stakeholders and the leadership of the House of Representatives led by the Speaker, Femi Gbajabiamila on Monday.

In his remark at the meeting, the speaker informed that there were three resolutions reached in the interim between the stakeholders

According to him, recommended ten marketers will get a steady supply of Jet A1 fuel for three months from the NNPC.

He said: “In the long term, you commence the process of applying for your own licence to be able to import your own Jet fuel. So, that will remove, whether it is middlemen or frontmen or whatever. You will know the landing cost to assist you in your business. Have we agreed on that? We have agreed on that.

“And there is the benevolence of the governor of Central Bank; there are six million litres available at N480, correct? You will get allocation for the next three months through the companies that you have nominated. So that you will not come back and say Jet fuel is a particular amount and is being sold by NNPC because you nominated those people that are selling to you.”

In the process of applying for licence, the Speaker said the midstream agency should as much as possible grant waivers that would not touch on the security and safety of the process while urging the committee chairmen on aviation and downstream to follow up.

Earlier, the NNPG Ltd GMD, Mele Kyari stated that it was agreed at the earlier meeting to make the marketers sell the product to them at N500 for three days pending the day they would sit down and agree on the pricing formula.

He said: “It is our role to ensure we intervene. We did. We brought in products so that we can dampen the price. In March and April, we brought in cargo and made it available to the entire industry at N460. There is a build-up to that price.

He said the only way to fix the price is to put a subsidy on adding that to sell for N500 in any circumstance, then somebody has to pay the difference.

He explained that there is a ForeX constraint. “There is a limit to what the CBN can provide. We are constrained because we are not able to produce dollars because of the dearth of oil in the Niger Delta. This is then reality. So we do not have. That means customers must source for FX from alternative sources.”

Also speaking, the Governor Central Bank of Nigeria, Godwin Emeifile said: “The availability of Forex is very important and the issue of constraint from Forex arising from issues bordering on theft in the Niger Delta is a big issue. It is when NNPC is able to export that dollars can come in.

“We do not have FX to sell. It would be difficult for us to grant any concession. It means we would be taking a hit or we would be providing some sort of subsidy for the industry”.

Speaking on behalf of the Airline operators, Chairman of Air Peace, Allen Onyeama said, the operators were not striking. But they are fighting to save a very crucial industry being bogged down by unnecessary bottlenecks.

He said: “We did not intend to go on a strike. It was not a strike. What the AON was saying on Friday when we released our communique was that we do not have the money anymore to pay.

“Even spare parts, sometimes you take the spare parts and pay later, not to talk of aviation. You don’t have to carry loads of naira in your cargo hold to pay. We all owe these marketers, yes, but we are servicing them.

“What we are doing actually is that we are fighting for this government and the poor masses of this nation. We are subsidising ticket fares at N50,000.”

Like Loading...
Tags
airline operators and marketers have resolved on a common ground in the interim to take measures that will keep the aviation sector functioning in the country Aviation: Airline Operators To Get 3-Months’ Fuel Supply At ₦480 – NNPC NNPC The Nigeria National Petroleum Corporation (NNPC) Ltd 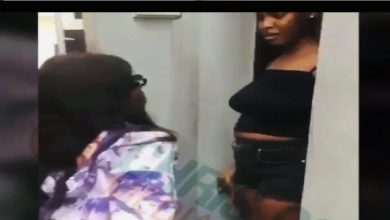 VIDEO: Lady Baths Another Lady With Acid During Fight Over Boyfriend (Viewers Discretion) 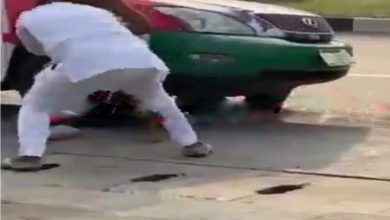