Nicholas Felix, a US-based Nigerian pastor of the Miracle Church International, has obtained the presidential nomination and expression of interest forms of the All Progressives Congress (APC).

Felix procured the forms at the APC headquarters on Thursday.

The cleric joined the growing list of presidential aspirants who have declared to contest the presidency on the platform of the ruling party.

Felix had, in 2019, contested the presidency on the platform of the Peoples Coalition Party (PCP) and got 110,196 votes — the third most votes secured by a political party in the poll.

However, the US-based cleric is not the only pastor who has declared interest in contesting the presidency on the APC platform in the 2023 general election.

At least 17 aspirants in the APC, many of who are from the southern part of the country, have declared their interest to succeed President Muhammadu Buhari. 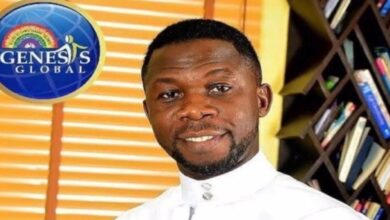