A trigger happy Policeman Sunday night shot dead two persons during a birthday party organised by a businessman at a hotel in Egbeda area of Lagos.

The drunken Policeman was trying to offered gun salute to the businessman when he misfired and killed two persons while two others were injured.

According to a witness, John Okeke , the incident occurred at La Silva Bar, Gowon Estate, Egbeda in Alimosho around 9pm,” we were celebrating in a birthday party of our friend, as he was coming out to exchange pleasantries with some of his friends, when the Policeman who was drunk was trying to offer gun salute to the man, Ifeanyi (aka Asiwaju)of Computer Village.

While shooting ,the bullet hit some people. Two people died while two others were injured. When the policeman saw the atrocity that he committed, he took to his heels .

The gory video of the deceased went viral and a Twitter user, @themannaman, who shared gory videos of the incident, claimed that the policeman wanted to shoot into the air while other guests were spraying money on the celebrant, but fired at them instead.

According to a Police officer who spoke on the condition of anonymity, ” Commissioner of Police, has declared manhunt for the trigger happy Policeman.

It was gathered that the policeman was not on duty, police boss, is interested to know how a policeman who was off duty, got the rifle he used that night”.

It was learnt that two of the guests were arrested by policemen attached to Gowon Estate Division after the bar’s owner, Sylvanus Chukwukezie made a complaint.

However, Lagos State Police Public Relations Officer (PPRO) SP Benjamin Hundeyin, said details of the incidents were still sketchy, but assured that the command would not rest on its oars until everyone culpable was brought to justice.

He said: “I can confirm there was shooting at the bar on Sunday night and two persons were killed.

We are investigating the circumstances that led to the shooting. I can assure you that those responsible will not go free. They will face the music.

The Commissioner of Police Lagos State, CP Abiodun Alabi has zero tolerance for such behaviours and has already given marching orders to the DPO to fish out the culprits.” 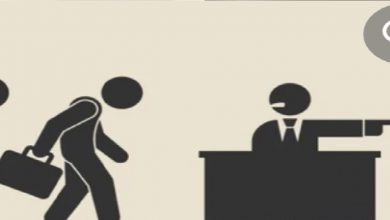