The All Progressives Congress, APC, National Publicity Secretary, Felix Morka has said that the ruling party advised itself on the price tags on its nomination forms.

It was reported yesterday that the APC fixed the presidential nomination form for N100m.

The APC announced on Wednesday that the party’s forms for Presidential ticket will be sold at N100 million, governorship N50 million; Senate, N20 million; House of Representatives, N10 million and State Houses of Assembly, N2 million.

Many Nigerians expressed shock with this development, wondering if the party was operating from a different country and if it was not aware of the current economic situation in the land.

And on whether the party is for the rich, he said, “The party is not for the rich. I just told you that for instance, any woman who wants to run for the office of the President is not paying the full amount. The youths as well.”

Speaking further, the ruling party’s mouthpiece explained, “Don’t forget that some of the most special groups of citizens were granted high considerations. Either delivering the nomination forms for free in the case of women and people living with disabilities.

“But youths who are within 25 to 50 also have the advantage of a 50 percent discount for all positions, even the office of the President. We receive that nomination form you talk about at 50%. So, they’ll pay the expression of interest, plus 50 percent of the N70m.” 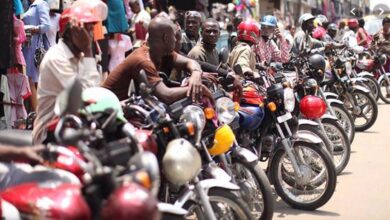