An Islamic cleric, Dr Abdul Haady Tiamiyu has warned that the growing menace of street children and urchins in garages, motor parks, slums and markets in the southwest region may be worse than the Boko Haram menace in northern Nigeria.

Banditry, terrorism and the Boko Haram menace which started in 2009 in Borno State have been attributed to the growing rate of street children in most of northern Nigeria.

Tiamiyu who is a Consultant Neurosurgeon at the Federal Medical Center (FMC) Abeokuta, Ogun State while delivering the lecture in Ibadan, warned that the menace of street children at motor parks, slums and markets if not urgently addressed by the governments of Southwest may be worse than Boko Haram in the northern region.

The cleric said the root cause of banditry, kidnapping and terrorism in the Northern part of Nigeria was the Almajiri system.

He explained that the Almajiri system gave rise to millions of street and abandoned children who now constituted themselves into dangerous groups threatening the peace and existence of the nation.

The cleric said people should expect an alarming surge in crime rates when they continue to give birth to children without proper parental care and quality education.

He identified the collapse of the country’s educational and family system, failure of the political class, lack of provisions for the weak and the poor as well as a failure of faith-based communities and groups as the root causes of the current social vices in Nigeria.

“When we continue to give birth to children without proper parental care and quality education, then we should expect an alarming surge in crime rates. I am afraid the situation is disturbingly high at the moment and nowhere in the country is safe.

“Every system seems to have collapsed in Nigeria. We now have incidental and accidental parents and families that do not see taking care of their children as a responsibility and a priority.

“The resultant effect of all these is that the masses are hungry and angry, and are ready to survive whether by hook or by crook hence the rise in crime and social vices. Except we address the problems, Nigeria is sitting on a time bomb”.

Deputy Speaker of the Assembly who is also the Chairman of the Muslim Community, Muhammad Abiodun Fadeyi congratulated the Muslim staff in the Oyo State House of Assembly on the 2022 Ramadan and for upholding and promoting the tenets of Islam even in their place of work. 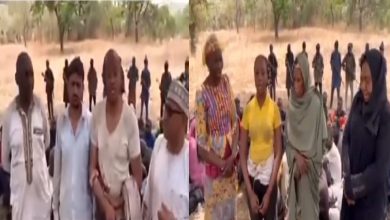