Nyesom Wike, governor of Rivers state, says he would have withdrawn from the 2023 presidential race if Abdullahi Ganduje, his Kano counterpart, was running for president.

Wike spoke in Kano during a courtesy call to Ganduje, on Monday.

He told Ganduje that he would abandon his presidential ambition if the Kano governor joined the race to salvage Nigeria.

The governor appealed to the elite to work for the country’s unity irrespective of party differences.

He said in desperate situations tough and disciplined men are needed to lead the country, adding that he has the wherewithal to champion the course.

“There is no gainsaying that the country is not having it right, and there should be a desperate effort to save the nation, and by which I’m out to right the wrongs,” Wike said.

“Nigeria from wherever you choose to look at it, our great country Nigeria is bleeding, and certainly requires the collective efforts to recover its soul.

“If Ganduje is running for the presidency some of us will quickly withdraw our ambitions, but thank God he is not running and I’m sure he will help me to make it.”

On his part, Ganduje said he is particularly impressed by the diversity of Wike’s presidential campaign team.

He said it clearly demonstrated his belief in a united Nigeria.

Tags
2023: Why I Would Have Withdrawn If Ganduje Was Running For President - Wike Abdullahi umar Ganduje Nyesom Wike 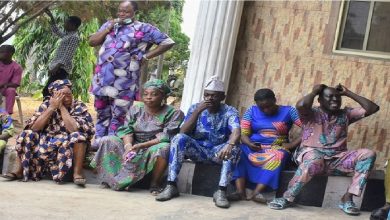