Nollywood actress, Georgina Onuoha, has called for the medical licenses of Pastor Paul Enenche of Dunamis International Gospel Center and his wife, Becky, to be revoked after the death of gospel singer, Osinachi Nwachukwu.

Onuoha said this while sharing an old tweet where Pastor Becky stated that divorce was not an option.

She claimed that views like that are why most innocent women and men are dying in abusive relationships and marriages.

She wrote: “And to think this woman @drbeckyenenche and her husband are clinicians? Their medical license should be revoked. Sadly Nigeria is a failed state where people who should be protecting lives according to the Hippocratic oath are the ones putting lives at risk because they hold megaphones.

“Views like this are why many innocent women and men are dying in abusive relationships and marriages. This right here sickens my soul.

“The perversion of Christianity by the so-called women and men of God is scary. This woman right here should cover her face in shame. And you will still see people defending such rhetoric.

“My dear Ginafam, Leave to live if a woman or man subjects you to emotional, physical, or psychological abuse.

“There’s nothing Godly about dying in an abusive marriage or relationship. That is definitely not God’s plan for marriage. Nobody needs to die to receive any reward from heaven. It’s sickening how African culture has used religion to subjugate women since 1900.”

It was reported that Osinachi died after a fight with her husband who had allegedly dehumanized her severally.

The husband, Peter Nwachukwu, has since been arrested by the FCT Police Command.

Meanwhile, Pastor Enenche’s name has been dragged on social media for allegedly failing to advise Osinachi, who was a music minister in the church, to leave her marriage following the violence.

The pastor, who has kept mum on the incident, however, on Monday, posted a video on his official Facebook page where he was captured advising youths to stay away from partners with signs of violence.

The cleric said, “That man that can slap you during courtship can kill you in marriage.”

2023 Presidency: God has plans for you – Nigerian Prophet tells Tinubu what to do 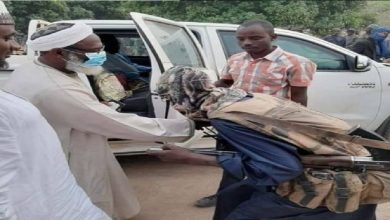