Ministers and other political appointees of President Muhammadu Buhari nursing political aspirations are in a dilemma on their next line of action just as the deadline set by the Independent National Electoral Commission (INEC) for political parties to conduct primaries draws near.

Based on the new Electoral Act, the ministers and other aides of the president are expected to resign in order to be eligible to contest any elective positions in next year’s general elections.

Though President Buhari is silent on the controversy over the resignation of his aides, the ruling All Progressives Congress (APC) in its March national convention, had barred political appointees from voting as delegates.

Section 84 of the new Electoral Act stipulates that anyone holding a political office – ministers, commissioners, special advisers and others – must relinquish the position before they can be eligible to participate in the electoral process, either as candidates or delegates.

Part of Section 84 of the Act states: “No political appointee at any level shall be a voting delegate or be voted for at the convention or congress of any political party for the purpose of the nomination of candidates for any election.”

The provision further states that where a political party failed to comply with the provisions of the Act in the conduct of its primaries, its candidate for election shall not be included in the election for the particular position in issue.

A competent source told Daily Sun that during a private meeting between President Buhari and Abdullahi Adamu, the new chairman of APC last week, concerns were raised about the refusal of the affected ministers and other aides in the Federal Cabinet to resign.

The source said APC leadership was worried that the appeal filed by the National Assembly, challenging the decision of Umuahia High Court on the Electoral Act, may diminish the chances of the party in next year’s elections.

“APC leadership, barring any last minute change, will officially write to inform its members who are appointees at the state and federal levels, but intend to vie for any position, to resign,” he said.

He said as soon as the directive is issued, key A-list ministers, including the Governor of the Central Bank of Nigeria (CBN), who is among the leading contenders, will resign en masse.

There are other aides to the president, vying to various positions, who are also under pressure to resign ahead of the planned primaries of the ruling APC.

On Saturday in Port Harcourt, Rivers State, Amaechi had expressed interest to contest the presidential election.

In a statement in Port Harcourt, yesterday, National Coordinator of the Niger Delta TAG, Julius Godspower, said while it is within Amaechi’s rights to seek election into the highest office in the country, it is “immoral, illegal and unethical” for him to remain in office as minister and member of President Buhari’s cabinet while chasing his political ambition.

“The minister placed the cart before the horse. The proper thing to do would have been to first resign, before declaring his presidential ambition. It is rather unfortunate that due process is not followed by the minister and I hope President Muhammadu Buhari will direct him to step down immediately. The proper thing to do now is for him to immediately resign to pursue his dream.

Remaining in office as minister while pursing his presidential ambition will be a huge distraction to government. The transport sector is in a very bad state, and it is bound to suffer more with a presidential aspirant as minister.

“Also, the situation creates a clear conflict of interest for the minister. How are we sure contractors and agencies under the Federal Ministry of Transportation will not be cajoled or compelled to support his presidential bid one way or the other?” 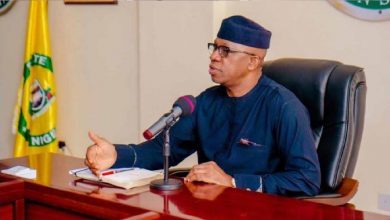 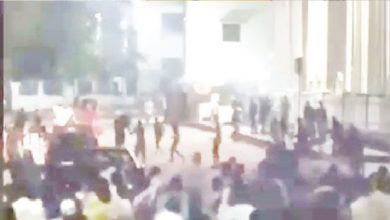 Why we refuse to congratulate Joe Biden as US president– China