The good people of Ikere Ekiti has been told to disregard the rumours being spread by the Ekiti All Progressive Congress(APC) and its incompetent government that the Social Democratic Party (SDP) governorship candidate, Asiwaju Segun Oni has planned to relocate the university at Ikere Ekiti to Ifaki if he is elected governor of the state.

In a press release issued in Ado Ekiti on Wednesday by Mr Jackson Adebayo, the Spokesman of Asiwaju Oni, he said that the APC had alleged that Oni held a secret meeting with the Ifaki Progressive Union assuring Ifaki people that he would relocate the university in Ikere to Ifaki and reverse Ikere to its former College of Education.

He said, “Oni is a progressive and forward-looking man who doesn’t have a destructive mind of the APC-led government, adding that if Fayemi has destroyed all the good education plans he put on ground for the Ekiti people before he was removed courtesy the Salamigate, he will not act like him if he becomes the governor of the state.”

Oni said that the APC was already overwhelmed with fear of defeat and their is no going back because Ekiti people has really understood who they are.

He urged them and all Ekiti people to come out enmass to vote for him. 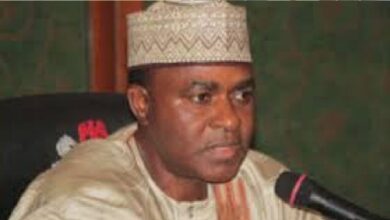