Speaking on Saturday while receiving Ugochukwu Williams, a presidential aspirant of the Peoples Democratic Party (PDP), at his residence in Abeokuta, the Ogun state capital, the former president said citizens are no longer sure of safety while travelling on the road, airport and train.

Obasanjo said the country is in a very serious situation as the security challenges have overwhelmed the administration of President Muhammadu Buhari.

“So, if anybody comes to say I want to see you, I want to talk to you, I will say ‘you’re welcome’.

This is because I believe very strongly, and I have said it publicly and I will say it again, that the situation we are in this country is not a situation where one man will say yes, he has a solution unless we are deceiving ourselves.

I believe we need to sit down collectively and look at the situation,” Obasanjo said.

“I believe that all right-thinking Nigerians must know that we have a situation that has overwhelmed the present administration, but we should not allow that situation to overwhelm Nigeria.”

TheCable had reported that gunmen launched a deadly attack on a train at Kateri-Rijana area of Kaduna state, on Monday night, which left several people dead and scores injured.

A few hours later, gunmen invaded the railway station in the Gidan area of the state.

On Thursday, suspected bandits were said to have barricaded the Kaduna-Abuja road and kidnapped travellers. 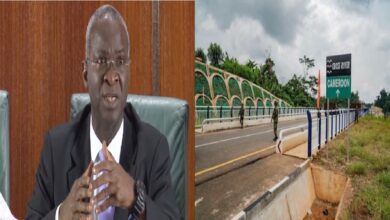 They want to make us laugh – Adeboye queries govt