The Federal Government has approved the enrollment of additional one million beneficiaries of the Power Programme.

The Minister of Humanitarian Affairs, Disaster Management and Social Development, Sadiya Farouq confirmed this in a statement obtained by newsmen on Sunday, April 3.

Subsequently, according to Farouq, 390,000 more Nigerians were onboarded for Batch C Stream 2, and that presidential approval has been secured to enrol additional one million beneficiaries.

The Minister stated further in the document obtained by the PUNCH that 174 of the 1,850 mobile agents trained, kitted, and registered with the Central Bank of Nigeria – Shared Agents Network Expansion Facility for agency banking achieved a transaction volume of over N657m between January 1 and March 25, 2022.

According to the statement, two million Nigerians will start receiving about N20bn from June 2022 as basic cash transfers and conditional cash transfers under the National Cash Transfer Programme.

A March 2022 document on the strategic roadmap and activities of the FMHA, DMSD, obtained by the reporters yesterday, showed that the number of people receiving cash transfers from the government had been increasing.

The report stated that in 2018, a total of 19 states were covered under the National Cash Transfer Programme, as this increased to 24 states in 2019 and moved up to 36 states and the Federal Capital Territory in 2022, covering 1.6 million people.

Farouq, however, noted in the document that the number would increase further in June.

According to her, under the cash transfer scheme, the Federal Government supports poor and vulnerable households with cash every month.

“By June 2022 we would be paying two million people N5,000 basic cash transfer and an additional N5,000 on conditional cash transfers, which is conditioned on good health-seeking/behaviour, school retention, and good water and hygiene conditions in their environment/homes,” Farouq stated.

She explained that the ministry designed and piloted a shock-responsive social register, called the Rapid Response Register to capture urban poor informal workers, who were daily wage earners, working across towns and cities, and impacted by the COVID-19 lockdown.

The minister said, “To date, of this one million targeted by the government, we have been able to pay the sum of N5000 to 850,000 beneficiaries digitally through the Nigeria Inter-bank Settlement System, where each account is carefully validated by the system before payment.

“150,000 will be paid by the end of April 2022. Each of these beneficiaries is receiving six months of cash support.”

Under the National Social Register, the ministry stated that 46 million persons in the 36 states and FCT, in 11 million households, had totalled registered as of 2022.

It further stated in the document that 174 of the 1,850 mobile agents trained, kitted, and registered with the Central Bank of Nigeria – Shared Agents Network Expansion facility for agency banking achieved a transaction volume of over N657m between January 1 and March 25, 2022.

The report indicated that 9.8 million pupils were being fed daily under the National Home-Grown School Feeding Programme, while 127,000 cooks had been engaged and 98 aggregators were supplying various protein products.

The school feeding programme is one of the four clusters of the National Social Investment Programme which seeks to provide one free daily meal to pupils on the programme.

The state carries out the day-to-day implementation including procurement of food items, and selection of cooks and vendors who prepare, cook and serve the meals to the pupils. 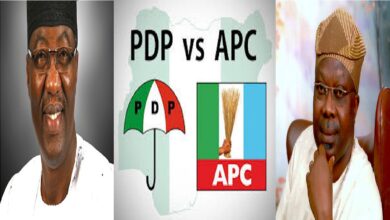 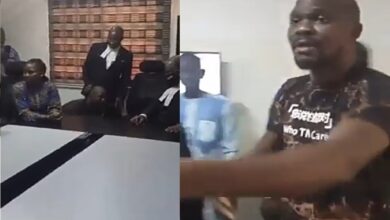