Unknown gunmen suspected to be bandits have stormed the palace of the Bukpe community in the Kwali Area Council of the Federal Capital Territory (FCT) and kidnapped the traditional ruler of the community, His Royal Highness (HRH), Alhaji Hassan Shamidozhi.

It was gathered that apart from Monarch, three workers in the palace were also abducted by bandits.

It was gathered the incident occurred on Wednesday evening around 9:30 pm while the gunmen stormed the palace.

It was also reported that the monarch was taking fresh air in front of his palace when he was whisked away at gunpoint.

The Head of Information and Protocol at the Kwali Area Council Secretariat, Emmanuel Habila, confirmed the abduction.

He said that the police and operatives of the Department of State Service (DSS) are on the trail of the kidnappers.

Habila explained that the incident happened while the monarch was taking a rest for the day.

The brother of the monarch, who is the Chief Imam of the Community’s Central Mosque, Malam Jibrin D. Gimba also revealed that the incident occurred around 9:32 pm on Wednesday. He said the monarch was taking fresh air in front of his palace when he was whisked away at gunpoint.

“Some few minutes later, I started hearing gunshots… I watched through my window and discovered that the kidnappers had whisked him away,” he said.

Gimba said the abductors of the monarch had not made contact with the family yet, adding that the attack was the third in the community.

He said hours after the abduction, some policemen visited the community but later left.

Meanwhile, the spokesperson of the FCT Police Command, Adeh Josephine, is yet to respond to the requests for confirmation. 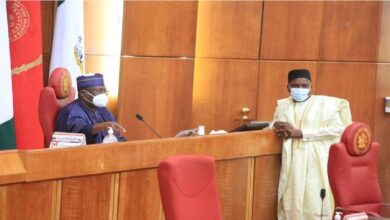 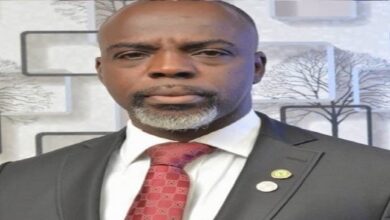