The Leader of INRI Evangelical Spiritual Church, Primate Elijah Ayodele, has reacted to the Abuja-Kaduna train attack that claimed the lives of eight people and injured many.

In a statement signed by his Media Aide, Osho Oluwatosin, Primate Ayodele said the major cause of persistent insecurity in Nigeria is the lack of respect for God and his prophets by the government of the day.

The prophet stated he had warned against terrorist attacks on Nigerian airports, railways, and train stations but “because of the arrogance the government has towards God, they never bothered to listen or follow his instructions on how to avert it.”

He advised security operatives to create a department for spiritual intelligence where they will join forces with prophets who can tell them terrorists’ targets and how they can overcome them.

Ayodele said: “In my recent prophecy, I had warned the government of Kaduna State against bombings, it’s not surprising that bandits attacked facilities in the state, all these are happening because the government doesn’t respect prophets, they see prophets as beggars or publicity seekers which is very wrong.

“As a prophet, I have enough publicity and God has blessed me so well, the ignorance of the government to prophetic warnings and advice is the cause of this crisis in Nigeria, they feel they can do it alone and where has that taken them to?

“The service chiefs, DSS, need the department of spiritual intelligence where they will join forces with prophets who will tell them what to expect, where to expect it according to God’s directive. Other countries do it but in Nigeria, we have an arrogant government that doesn’t refer to God, listen to him and berate him.

“Prophets talk every day because God speaks always, it’s the responsibility of the government and security formation to pay attention and work on it. You can’t take chances when it comes to issues about national security.” 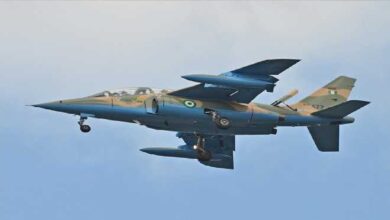