The Secretary-General of the Trade Union Congress (TUC), Comrade Musa Ozigi-Lawal and A Female Nigerian dentist has been reported as part of those who lost their lives during Monday’s attack by bandit terrorists on an Abuja-Kaduna train.

He was said to be one of the close to one thousand people on board during the attack which took place some minutes from the arrival point in Kaduna.

Ozigi-Lawal’s death was confirmed according to The Nation in a short statement on Tuesday by a former President of the TUC, Peter Esele.

The statement reads: “The choice of being born in this country wasn’t yours to make. One thing I can attest to is your love and optimism for this country.

Armed bandits unleashed terror on the Kaduna-bound train at about 7:00 p.m., detonating explosives to derail it before executing a forced entry where they opened fire on passengers.

Chinelo Megafu, a graduate of the University of Port Harcourt and former staff of St Gerard Catholic Hospital, Kaduna, was one of the fatalities so far confirmed.

Dozens are still feared missing or injured from the train, which was said to be carrying over 1,000 at the time of the incident.

“Yesterday (Monday), the terrorist put off your light as you travel by train to Kaduna.

“Thank you for all the beautiful memories, our many travels over the years. Now your journey has ended, and another has begun. May the light and love of God, lead you on. Goodbye my Comrade SG.”

Meanwhile, the Chief of Defence Staff, General Lucky Irabor on Tuesday revealed that seven persons were killed and 29 others were injured during Monday’s attack on the Abuja-Kaduna train by bandit terrorists.

The Chief of Defence Staff was however unable to confirm the exact number of persons kidnapped by the terrorists.

Irabor made the disclosure on Tuesday at the State House while speaking with newsmen shortly after a security meeting with President Muhammadu Buhari on the incident.

He confirmed that the security chiefs have visited the site earlier on Tuesday to assess the real situation of things before briefing the President in Abuja.

So After the doctor sustaining gunshot wounds, Ms Megafu said on Twitter she was aboard the train and urged fellow citizens to pray for her recovery.

As Nigerians showed prayers and sympathies to Ms Megafu, Mr Buhari’s supporters were raining invectives against the victim, saying she was not aboard the train in an attempt to neutralise negative perception about yet another failure of the administration on security.

Iyabo Awokoya, a social media coordinator for Mr Buhari and the ruling All Progressives Congress, condemned Ms Megafu as a useless liar.

“Oni iro oshi,” she said directly under the victim’s post.

Another pro-government commentator, ChaAley10, said: “You’re shot and you can still tweet, which part of the body were you shot? Chinelo why have you loved lies this much?”

Following confirmation of Ms Megafu’s death, including a picture of her lifeless body, some of the mean tweets were deleted by their authors.

Ahead of his tenure expiration next year, Mr Buhari’s supporters have become increasingly desperate in recent weeks as they seek to mould a legacy of tranquillity during his administration.

Hours before last night’s attack, Information Minister, Lai Mohammed had called a press briefing to excoriate critics of the administration’s handling of the worsening security crisis as peddlers of misinformation trying to return to power by dubious means.

Baba Tukur, a resident of Kaduna who knew Ms Megafu, said she was a diligent and hardworking professional who was also “good at her work.”

In 2015, Ms Megafu won the beauty and brains award for medical and dental students at the University of Port-Harcourt. She finished her national youth service in 2020.

Dozens of other passengers who were aboard the train were still missing or abducted, while some others were taken to the 44 Nigerian Army Reference Hospital for treatments. A spokesperson for the hospital did not immediately return a request seeking comments.

The military had previously said attacks against travellers between Abuja and Kaduna had subsided as more people embraced rail transportation.

The Nigerian Railway Corporation has suspended passenger trains between the two cities in the wake of the attack. 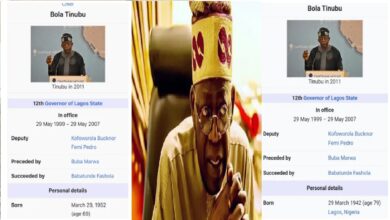 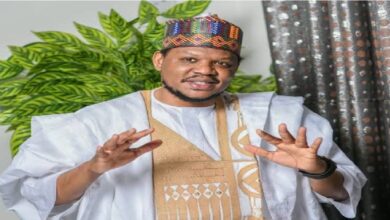