The immediate past governor of Anambra State, Willie Obiano, has explained why he tried to leave Nigeria on March 17, the same day he handed over to his successor, Chukwuma Soludo.

Mr Obiano was intercepted by law enforcement at the airport in Lagos as he tried to board a flight to the United States.

That development triggered speculations that the former governor tried to evade arrest and possible prosecution by the Economic and Financial Crimes Commission, which had in late 2021 placed him on its watchlist.

But speaking exclusively to PREMIUM TIMES on Saturday, Mr Obiano, through his lawyer, Patrick Ikwueto (a Senior Advocate of Nigeria), said he was not fleeing Nigeria. He said he was rather hurrying to keep a doctor’s appointment to treat a “semi fatal condition”.

“He was not running away,” Mr Ikwueto said. “Why will he run away when his family is here and he has a lot to do here? The fact is that he (Obiano) has a medical condition for which he had a prior appointment to see his Specialist Doctor for treatment at Spring Creek Urology Specialists LLC, Houston, Texas, U.S.A.

“By the nature of his ailment, he has been undergoing treatment at the said Specialist Hospital since June 2021 and had an appointment earlier scheduled for the final stage of Specialist Radiography for eight (8) weeks – which will take place immediately upon his arrival at the Facility in Houston, Texas, U.S.A; and thereafter, after four days. Subsequent treatments are scheduled every day for a period of eight (8) weeks.”

“The last time he was there was December 2021 and became due for another round of treatment this March shortly before he handed over to Soludo,” the lawyer said.

“He (Obiano) was lucky that the disease was detected on time. It was still at an early stage when he was diagnosed last year,” said a source familiar with the former governor’s medical condition. He asked not to be named because he had no permission to discuss “private and confidential matters” concerning Mr Obiano.

Obiano and a permission to travel
Mr Ikwueto also said Mr Obiano got permission from federal authorities to travel for urgent medical treatment and that the former governor was surprised that after he was given assurance that he could proceed on his trip, he was blocked at the airport.

“I can tell you that after the media reported that the EFCC placed him on its watchlist, he reached out to authorities at the federal level to seek permission to travel for his scheduled medical treatment,” the lawyer said. “He also promised that he would thereafter return to face any probe the EFCC or any other agency had against him. So it was shocking that he was still treated the way he was despite the assurance he was given.”

Again, Mr Ikwueto declined to say who exactly Mr Obiano contacted at the federal level. He repeatedly evaded the question the multiple times one of our reporters asked him.

But independent findings by PREMIUM TIMES indicate it was the Attorney General of the Federation, Abubakar Malami, that Mr Obiano contacted. Mr Malami reportedly told him to proceed on his trip and promised to advise the EFCC to suspend action on his case until his return from the United States.

The EFCC is one of the agencies Mr Malami’s ministry supervises.

The attorney general could not be reached for comments as his known mobile telephone line was switched off the several times this newspaper tried to reach him. His spokesperson, Umar Gwandu, did not answer or return calls seeking comments.

The Obiano Investigation
The EFCC had since last year placed the former governor on its watch list over corruption allegations.

PREMIUM TIMES reported in November last year that the EFCC had in a letter to the Comptroller General of the Nigeria Immigration Service (NIS) dated November 15, 2021, requested the service to place the governor on a watchlist and inform it anytime he is travelling out of the country from any of the international airports and other points of entry and exit.

The ex-governor was arrested on March 17 at the Murtala Muhammad International Airport, Lagos, as he tried to board a flight to Houston, the United States.

He was later handed over to the EFCC which then flew him to Abuja, the nation’s capital, for prolonged interrogation.

The former governor was released on March 23 after the EFCC granted him administrative bail. Mr Obiano’s passport and American Green card were withheld as part of the bail conditions.

Mr Ikwueto said Mr Obiano has continued to engage the EFCC to release his travel documents so he could proceed with his urgent medicals.

“He has already provided the agency copies of his medical reports and we are waiting to hear from them,” the lawyer said.

When contacted, the spokesperson for the EFCC, Wilson Uwujaren, said he had not been briefed about any ongoing engagement between his agency and Mr Obiano over the politician’s request to travel. 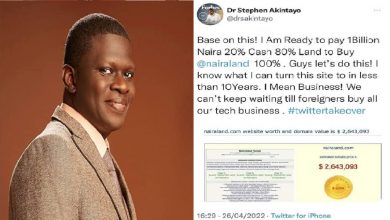