The Vice-Chancellor, Ekiti State University, Ado Ekiti, Prof Edward Olanipekun, said on Wednesday that the institution had made a number of appointments and promotion of academic and non-teaching staff members in the last two and half years.

Olanipekun, who also reiterated his administration’s zero-tolerance for corruption and indiscipline among staff members and students, lauded the institution’s Governing Council “for supporting us in our quest to rid the school of impunity.”

The VC, who spoke at a press conference on the weeklong combined 25th and 26th convocation and the 40th anniversary of the university billed for March 29 and 30, reiterated his commitment to the entrenchment of morals and values in the institution.

Olanipekun said 278 students bagged first class degrees among the 16,433, who would be conferred with diplomas, bachelor degrees, post-graduate diplomas, masters’ and doctors of philosophy degrees.

“Graduands at the 25th and 26th convocation ceremonies will be issued students’ copies of their academic transcripts alongside their certificates. Necessary mechanisms have now been put in place to clear the backlog of manually processed transcripts,” the VC stated.

Olanipekun said, “A number of appointments and promotions have been made in the university since I assumed office in August 2019. A total number of 72 professors, 82 readers and 174 other academic staff members were either appointed or promoted as the case may be in addition to promotions in the non-teaching cadre cutting across senior and junior categories.

“A lot of workers, both in the academic and non-academic levels, have been dismissed, some are still on suspension. Some students have been rusticated, while some are placed on suspension. We won’t spare anybody, no matter how highly placed.”

Olanipekun said the university had been breaking new grounds in the last 40 years, particularly under his leadership in the areas of awards, academic discourses and breakthrough researches by lecturers and students.

He added that the internally generated revenue of the university had been prudently appropriated, adding that proceeds were expended on the construction of a skills acquisition and entrepreneurship study centre, extension of the EKSU water factory, and asphalting of a linkage road from the College of Medicine to the Sandwich Village.

The VC stated that his team had also worked hard to move the university from number 157 to 14 on the Webometric ranking among the ivory towers in the country. 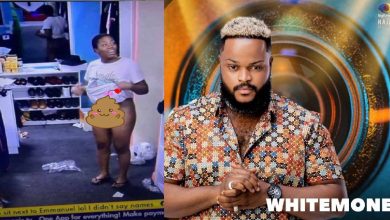 VIDEO: BBNaija: Angel Opens Her Private Part In Front Of Whitemoney And Queen 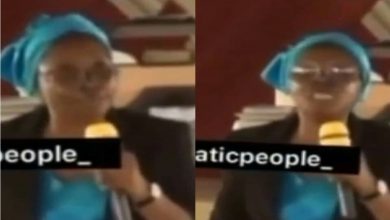