Former governor of Anambra State, Peter Obi, has revealed his reasons for attending the ceremony where former Vice President Atiku Abubakar, officially declared his interest in the presidency of Nigeria ahead of the 2023 general elections.

Speaking with Channels Television at the event, the former running mate to Atiku in the 2019 elections declared that he plays politics differently.

Asked why he was at the event, given he was eyeing the same position, Obi said, “This is a new politics. I play politics differently. For me, politics is not a war. It’s a relationship.

“Atiku is my leader, my boss and a senior brother. If he invites me for anything I will attend.

“Aspiring (for the presidency), does not say I should not keep my relationships very cordial.

I’m aspiring. Remember, I always say it, Atiku is a unifier. He believes in Nigeria. He’s a good man. And anytime he invites me for anything, I will be there.” 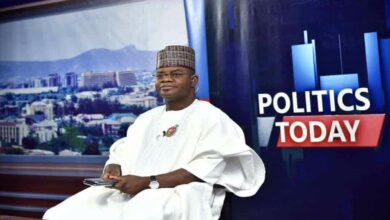 2023: Yahaya Bello Is Under Pressure To Run For Presidency, Says Kogi Commissioner