Continuing from yesterday, the Supreme Court is quoted as using the Amaechi case to advance the argument that candidates nominated for elections are agents of their parties

THUS, in line with the tenets of the rule of law, the INEC has been guided by the decisions of the Supreme Court in Amaechi v INEC and Wada v Bello.

For instance, the INEC declared the All Progressives Congress, APC, as the winner of the December 5, 2020, senatorial bye-election held in Imo North.

The returning officer reportedly announced that APC polled a total of 36, 811 votes while PDP came second with 31,903 votes but the INEC Resident Electoral Commissioner in Imo, Professor Francis Ezeone said that the commission was unable to return a candidate at the time as a result of several court orders for and against the two major contenders.

Interestingly, the commission did not declare the candidate who won the election until the Supreme Court affirmed Frank Ibezim’s candidacy, several months after the election.

The INEC Returning Officer for Abaji Area Council said that it would not be legitimate to declare any of the aspirants as the winner of the election. He announced that “We cannot declare a candidate winner in Abaji because the winning party does not have a candidate here, the case is still in court.”

He said that a winner would be announced after the resolution of the pending intraparty dispute by the Supreme Court. Up till now, the winner of the election has not been declared as the case has not been determined.

It is interesting to note that the practice of declaring political parties as winners of elections without naming the candidates by the INEC has not been challenged in any court.

The consistent interpretation of section 221 of the 1999 Constitution (as amended) by the Supreme Court has confirmed that votes cast during elections in Nigeria are owned by political parties and not by candidates who are flag bearers or agents.

Since the candidates are agents of their principals it is grossly misleading to insist that Governor Umahi has transferred the 393,343 votes scored by the PDP to the APC because of his defection.

Furthermore, Governor Umahi had constituted the government of Ebonyi State on the basis of the majority of the lawful votes scored by the PDP in line with the provision of section 179 of the Constitution. Thus, before the defection of Governor Umahi from PDP to APC, Ebonyi State was a PDP-led Government.

Therefore, the APC-led government in the state formed as a result of the defection of the governor is illegal as it is a negation of section 1(2) of the Constitution which has prohibited the control of the government of Nigeria or any part of it except in accordance with the provisions of the Constitution. It has also been argued that the defection of Governor Umahi in the exercise of his freedom of association has cancelled the 393,343 votes scored by the PDP.

Even under a military dictatorship in Nigeria, the African Commission on Human and Peoples Rights held that the cancellation of the results of the June 12 presidential election won by Bashorun M.K.O. Abiola by the Ibrahim Babangida military junta was a violation of the combined provisions of articles 13 and 20 of the African Charter on Human and Peoples Rights. See Constitutional Rights Project &Anor. v Nigeria (2000) AHLR 198.

Furthermore, in view of the several provisions of the Constitution and the Electoral Act which have provided for participatory democracy on the basis of majoritarian rule the defection of Governor Umahi cannot wipe out the 393,343 lawful votes scored by the PDP in Ebonyi State.

In view of the foregoing, it is submitted that the judgment of the Federal High Court delivered by Justice Ekwo is in tandem with the relevant provisions of the Constitution, Electoral Act and the African Charter on Human and Peoples Rights (Ratification and Enforcement) Act, Cap A9, Laws of the Federation of Nigeria, 2004. It is also in line with the decisions of the Supreme Court which have confirmed that elections are won by political parties.

However, in view of the penchant of members of the ruling class to subvert the wishes of the people through cross carpeting or defection borne out of wanton opportunism it is high time that votes were made to count in the country.

The members of the National Assembly and the various state legislative houses should take advantage of the ongoing constitutional review to put an end to the subversion of the wishes of the electorate by compelling political leaders who decamp from the political parties on whose platform they were elected to resign from office forthwith.

In conclusion, I am compelled to remind Nigerian politicians and lawyers of the cautionary words of the Honourable Justice Ganjili in the case of A.P.C. v Marafa (supra). Worried over the brazen political manipulation and impunity by the Nigerian ruling class, his Lordship said that: “For this great country, some politicians who are either ignorant of what party politics is, or out of mischief, have continuously dragged this nation backward. If care is not taken, this class of politicians will drag this nation to the Stone Age, where all of us will be consumed.

“I once again, as this court has consistently preached, urge this class of politicians to play the game according to law and guidelines which they themselves have enacted. It is only when this is done that sanity will take centre stage in the domestic and international affairs of this great nation.”

Falana, a Senior Advocate of Nigeria, wrote from Lagos. 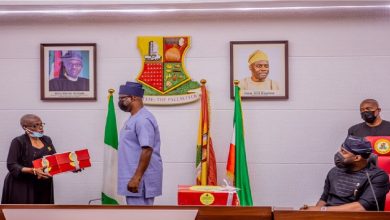 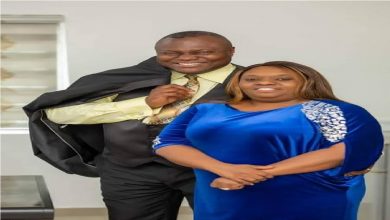