Operatives of the Nigeria Police have arrested a man suspected to be a ritual killer at Barako Community in Gokana Local Government Area of Rivers State.

The suspect, identified as Sunday Kara, was accused of killing a 24-year-old girl in the community after having her canal knowledge.

It was gathered that the incident happened on Friday, according to a source within the community.

The source alleged that the victim hailed from Nwebiara community, neighbour to Barakor in the same Local Government.

The source, who gave her name simply as Barisi alleged that Kara, popularly called Rugged Star took the girl to an uncompleted building in Barako in the early hours on Friday and killed her.

When apprehended and interrogated by community leaders the suspect said he is from Bomu and his father’s name is Leede Kara.

He denied killing the victim, adding that late the girl was an asthma patient and died while they were making love.

However, the Menebon of Bomu, HRH. Mene Vurasi Benedict Tenalo, when contacted on phone distanced himself from the suspect and called on the police to ensure that justice is done on the matter.

He further advised that the police should be professional in their investigation as Bomu is a peace-loving Community and would not allow the criminal element tarnish it’s the image.

The spokesperson of the state police command, DSP. Grace Iringe-Koko, confirmed the development, noting that the suspect was already in detention.

Iringe-Koko said police have commenced full-scale investigation into the issues, adding the suspect would be prosecuted if found culpable.

Like Loading...
Tags
Operatives of the Nigeria Police have arrested a man suspected to be a ritual killer at Barako Community in Gokana Local Government Area of Rivers State Police Arrest Man For Killing 24-Year-Old Girl For Ritual Purposes

Easter: We Are Committed To Your Well-Being – APC Assures Nigerians

APC Has No Ideology, Formed To wrest Power From PDP – Okorocha attacks Buhari 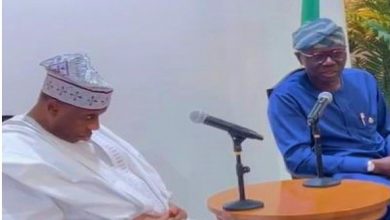