Former Anambra state governor, Willie Obiano, tried to use a court order to stop his arrest at the Murtala Muhammed International Airport in Lagos on Thursday, March 17, a new report has stated.

The Economic and Financial Crimes Commission (EFCC) had on Thursday night arrested Obiano hours after he officially handed over to his successor, Charles Soludo.

Obiano had been placed on a watchlist by the anti-graft agency since November 2021.

It was learnt that as the inauguration of Soludo was going on, a private jet was waiting at the newly opened Anambra International Cargo Airport, Awka, for the former governor, according to TheCable.

Around 3pm, he left for the airport and flew to Lagos state on his way out of the country. He was believed to be heading to the United States.

While Obiano was going through immigration formalities, officials of the Department of State Services (DSS) informed him that there was an instruction to stop, arrest and hand him over to the EFCC.

The former governor reportedly reached for his bag and produced a court order stopping the EFCC from arresting him.

However, the DSS officials were said to have advised Obiano to present the order to the EFCC instead.

The secret police immediately informed EFCC officials who subsequently took him into custody.

The newspaper stated that it could not confirm if the EFCC was aware of the court order.

Nevertheless, the former governor was arrested and has now been moved to Abuja for investigations.

Meanwhile, a report by The Punch has highlighted some alleged offences which led to Obiano’s arrest.

According to the report, Obiano was arrested for alleged mismanagement of over N17bn Paris Club refund and security vote.

The former Anambra governor is also reportedly being probed over suspicious projects, including the Umueri International Airport project whose cost was allegedly inflated. 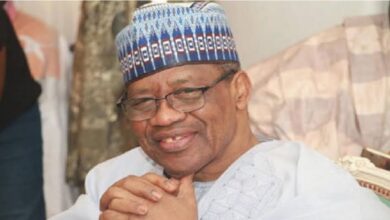