Wariz Oladeinde, one of the teenage boys arrested over the killing of Sofiat Okeowo in Abeokuta, has been discharged by an Ogun State magistrate’s court.

Globalgistng recalls that Sofiat was killed and her head cut off, burnt for money ritual in Oke Aregba area of Ogun State by her former and current boyfriends, Mustakeem Balogun and Soliu Majekodunmi.

While arrested, the boys said they wanted to burn the head for money rituals, saying they had seen the procedure on Facebook.

Arrested alongside the two were Oladeinde and Abdulgafar Lukman.

On Monday, an Abeokuta Magistrate Court freed Oladeinde, who had earlier been remanded with others at the Oba correctional centre in the Obafemi-Owode Local Government.

Chief Magistrate I.O Abudu, stated that Oladeinde was discharged on the legal advice of the state Director of Public Prosecution (DPP).

According to Abudu, “no charge was recorded against Oladeinde in the legal advice.”

The Chief Magistrate said his judgement was based on a police investigation, which he said proved his innocence in the crime.

The matter had been adjourned till April 22 for further hearing of the charges against the remaining three boys. 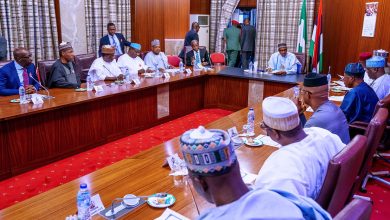