Ekiti State Chapter of the Association of Local Government Chairmen (ALGON) is set to meet Governor Kayode Fayemi over poor condition of service for the elected officials of the third tier of Government.

While the Chairmen were sworn in within a week of their election, the Councillors were inaugurated last month, precisely, February 14, over two months after their election.

It was gathered that the Councillors were planning to embark on a peaceful protest over delay in their inauguration before the exercise took place.

When their salary and other allowances were to be released through the office of Chief of Staff to the Governor, it was learnt that they fell short of that of their immediate predecesors in office.

Further checks revealed that elected and appointees at the Third Tier of Government under the administrations of former Governors Segun Oni and Ayo Fayose enjoyed better renumerations than the present administration of Dr Kayode Fayemi.

Chairmen under the present administration are on salary of less than N300, 000, Vice Chairman, N250,000 while Councillors take home monthly pay is about N100,000 after various deductions.

Monthly security vote of Council Chairmen has also been reduced to a paltry sum of N300,000, despite the high spate of insecurity in the state.

Governor Fayemi has not hidden his opposition to the existence of Local Councils, as the Third Tier of Government in Nigeria.

Even as the Chairman, of the Nigeria Governors Forum, (NGF), he has strongly canvassed against the autonomy of local government, saying in the type of Nigeria’s democracy, state and Federal Government should be federating units.

It was further learnt that with the creation of additional LCDAs by the present administration, constitutionally recognized Local Councils are in for more troubles.

The misfortunes of the councils are further compounded by their inability to generate funds internally.

Many Local Governments in the state cannot generate N100,000 in a month, while the amount being generated is being embezzled by revenue officials that refuse to account for money in their care.

Some of the elected Chairmen, according to further investigation now go about in their personal vehicles as their Local Government cannot afford to buy official cars for them.

The Chairmen have to revert to the Commissioner for Local Government over any contract that is above N100,000.

These and more are some of the issues to be tabled before Governor Fayemi by the newly elected officials of the state chapter of ALGON anytime they are opportuned to meet with him. 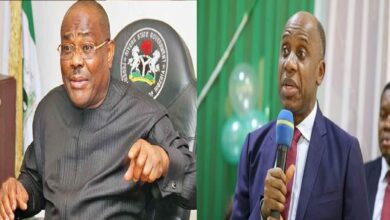