The Governor of Ebonyi State, David Umahi on Wednesday reversed the alleged uncomplimentary statement made against a judge of the Federal High Court sitting in Abuja, justice Inyang Ekwo and tendered an apology to the Nigeria Barr Association, NBA.

Umahi apologised while addressing over two thousand members of the ruling All Progressives Congress, APC, in Ebonyi State at a solidarity rally that took place at the Udensi roundabout, staged to declare their support and loyalty to the governor.

He said that he has mobilized over seventeen (17) SANs to Appeal the judgement of the Federal High court sitting in Abuja led by justice Inyang Ekwo, wherein he was sacked for defecting from the opposition party, Peoples Democratic Party, PDP, to the ruling APC.

Umahi said he has no regrets in defecting to the ruling APC and threatened to engage in battle with the opposition party, Peoples Democratic Party, PDP in Ebonyi State, especially for trying to distract his administration.

“I’m still the Governor of Ebonyi State and I’m still working. I said the lawyers of PDP are the ones doing forum shopping and I’m going to write against the lawyers to NBA to discipline them because the judge was misled. The blame was not on the judge. The blame is on the PDP lawyers who misled the judge.

“And I’m using the opportunity to let Nigerians know that nobody castigated the judge and we will not and because the matter was not before any judge.

“We are before the Appeal of Enugu state and that of Abuja. We have also filed a stay of execution. So, we are still the Governor and Deputy Governor of Ebonyi State” he stated. Mayweather Visits Nigeria, Meets Amaechi And Talks About Plans To Set Up A Boxing Academy 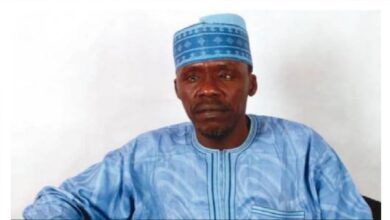