Prior to today’s appearance of suspended Deputy Police Commissioner Abba Kyari on drug trafficking charges, security arrangements at the Federal High Court in Abuja have been taken over by armed security personnel.

Agents from the National Drug Enforcement Agency, NDLEA, and their counterparts from the Department of State Services, DSS, set up security at the main entrance and court premises.

It was observed that those coming into the court premises are being frisked, especially bag carrying visitors before being allowed into the premises.

Our correspondent also noted that security agents have seized the premises of The Treasures Suites, a hotel building directly in front of the Federal High Court, to avoid a possible threat to the peace.

However, unlike the situation during trial of Nnamdi Kanu, roads leading to the court are not blocked, with no hindrance to free flow of vehicles.

At the time of this report, the door of the court room where the arraignment is to take place is under security watch.

The charge, marked FHC/ABJ/CR/57/2022 was filed at the Federal High Court in Abuja and signed by Mr Joseph Sunday, NDLEA Director, Prosecution and Legal Services.

Their plea of guilty or not guilty would be taken by Justice Emeka Nwite during the arraignment, today, Monday. 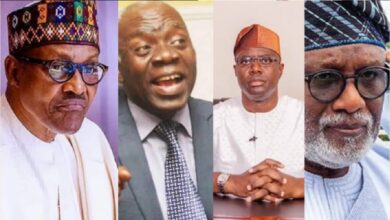