Former federal lawmaker and socialite, Prince Ned Nwoko has debunked as false and a deliberate attempt to get public “sympathy”, the news making the rounds that a lawyer, Abubakar Marshal was arrested by the police in Abuja for filling a matter against him in court.

Rather, Prince Nwoko said the embattled lawyer was picked up by police and later remanded in prison for misconduct.

Nwoko who spoke through his lawyer, Bryan Ukaegbu, in a statement on Saturday, called on the public to discountenance the news published on some quarters, as fake news primarily aimed at misinforming the public.

Nwoko’s lawyer explained that Mr. Sowore was earlier invited by the office of the Inspector General of Police (IGP) to answer to a petition bordering on “criminal acts of defamation of character, injurious falsehood, criminal intimidation, cyberstalking”, written against him by lawyers of Prince Nwoko.

According to Ukaegbu, Sowore’s lawyer, “Abubakar Marshal willingly and knowingly decided to aid his client to run away from justice when against the ethics of the legal profession he decided to stand surety for his client, Sowore”.

Ukaegbu explained that Marshal subsequently refused to produce his client to help police investigation which led to him (Marshal) being taken in by the police and subsequently arraigned in court.

The statement reads in part, “To start from the beginning, Mr Omoyele Sowore was invited by the office of the Inspector General of Police to answer to a Petition written by the Solicitors to Hon. Prince Ned Nwoko, the law firm of TRIFOLD LAW AND PARTNERS. The petition bordered on criminal acts of defamation of character, injurious falsehood, criminal intimidation, cyberstalking etc. against Hon Prince Dr. Ned Munir Nwoko and targeted at rubbing his name in the mud, tarnishing his reputation contrary to extant provisions of the Penal Code and the Constitution of the Federal Republic of Nigeria (as amended).

“As mentioned above and customarily, Mr Sowore was invited by the Nigerian Police Force to give a statement on the claims made in the petition but he refused to honour the invitation. This led to his arrest wherein he still refused to give any statement. Apart from his refusal to give a statement regarding the claims against him, under the law, he was to remain in custody until he is either charged to Court or he fulfils the Police Bail conditions. Consequently, his lawyer, one Marshal Abubakar chose to stand as surety for bail for Mr Sowore and he, the lawyer assured the Police to produce Mr Sowore on the next date slated for continuation of the investigation. Now on the said date, neither Mr Sowore nor his lawyer, Abubakar were in attendance at the Police Station. They had been at large since then and it became clear that the lawyer was interfering with the investigations of the Police.

“Consequently, it then became very necessary to arrest the lawyer in order to get him to produce his client”.

“With these in full perspective, I put across these posers to-wit: Was the lawyer to Mr Omoyele Sowore right when he stood as a surety on bail for his client? Was the lawyer justified to help his Client escape the Police investigation to become a fugitive or absconder from a lawful arrest?

“In his representation of his client, a lawyer shall not —– (a) give service or advice to the client which he knows or ought reasonably to know is capable of causing disloyalty to, or breach of, the law, or bringing disrespect to the holder of a judicial office, or involving corruption of holders of any public”. 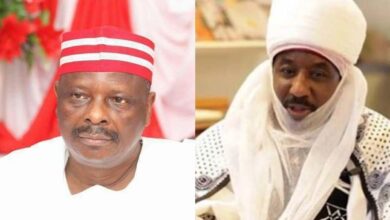 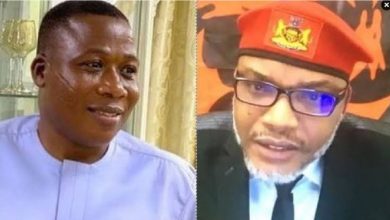 Nnamdi Kanu, Igboho More Popular Than All Politicians In The South- Peter Obi 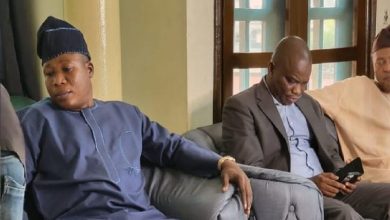