Ekiti 2022: Bamidele, Bamisile, Others Are With Me, Says Biodun Oyebanji – Globalgistng

The All Progressives Congress (APC) governorship candidate in the June 18 election in Ekiti State, Mr. Biodun Oyebanji, has described all the aspirants that contested the party primaries with him as his own, and leaders, whose contributions are required for the party to triumph in the forthcoming poll.

Particularly, Oyebanji described Senator Opeyemi Bamidele, Femi Bamisile , Adedayo Adeyeye , Faparusi Bamidele , and others who contested the primary with him as brothers, whose utmost aim is to see APC united and win elections despite noticeable challenges.

Since the conduct of the primary on January 27, the seven aspirants who contested against Oyebanji had openly ventilated their angers over the primary, which they described as a charade and sham.

Speaking during a ‘thank you visit’ to Ikole, Oye, Ilejemeje, Moba and Ido-Osi Local Government Areas yesterday, Oyebanji posited that the above-mentioned party bigwigs won’t be alienated or neglected as the party prepares for the poll in view of their relevance in APC.

According to him, “Yes, we have reached out to my brothers and friends who contested the primary election with me, and they have agreed to support us as loyal party members to win the election

“But perhaps there are some of their followers who are yet to be pacified, so we want to use this opportunity to appeal to their friends in our midst to talk to such people and incorporate them fully into the system.”

Oyebanji, who emphasised that campaign for the election had not started according to INEC guideline, said the visit was to appreciate all members of the party for their support during the primary election.

He said: “I am here today firstly to fulfil the promise I made during the build-up to the primary that I would come and show appreciation. Secondly, this visit is a follow up to the reconciliation parley we had with other aspirants who partook in the exercise.

“I have said at different fora that those who contested with me are loyal members of our party, who have only expressed their constitutional rights. We are all one, and their followers are our party members as well. We must not discriminate as we need everybody to win on June 18.”

Speaking further, Oyebanji emphasised the need for members of the party to go back to the wards and work with the party leadership.

He called on the APC supporters across the state to close ranks with supporters of other aspirants in the January 27 primary election and members of other parties willing to join APC ahead the election.

Earlier, the leader of the team and Chairman, Ekiti State Local Government Service Commission, Chief Alaba Bejide, commended the party members for their support during the primary election, and urged them to make sure they get their PVC before June 18 in order to vote for Oyebanji.

He said: “The primary election was just a phase, the coming campaign is another phase, but the biggest assignment before us is the June 18 election. It is through the election we would be able to use our votes to elect Biodun Abayomi Oyebanji as the governor of Ekiti State.

“This can only be done if we have our PVCs which are our licence to vote. Our findings have revealed that many of us are yet to get the PVC, especially those who were not up to age 18 during the 2018 election.”

Also speaking, a former Chairman of the party in the state, High Chief Jide Awe, who corroborated Oyebanji’s position, urged those willing to work for Oyebanji’s victory to go back to their wards and mobilise members to get their PVC as well as participate in the electioneering. He said all hands must be on deck for the success of the party at the governorship poll. 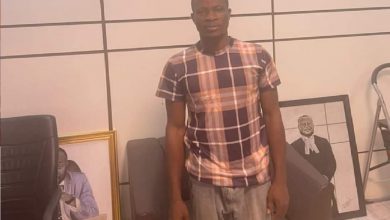 How DSS detained me, asked me to turn into a cat like Sunday Adeyemo Igboho –Ekiti traditionalist 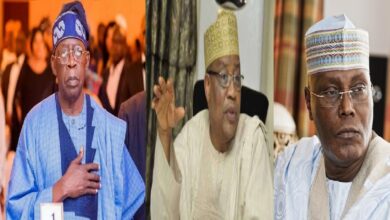 2023: I can’t trust any Igbo man as President, no Nigerian will vote for them – Oluwo