There was a tragedy in Ado-Ekiti, the Ekiti State capital on Sunday as a man simply identified as Portable allegedly stabbed his best friend, Amos Ayoola Ajayi to death after an argument broke out between the two over N30.

It was gathered that the two friends were at a beer parlour joint, at Irona area of Ado Ekiti, when Potable, suddenly broke a bottle and stabbed his best friend multiple times, leading to his death.

According to the report, Ajayi, who hailed from Itapa Ekiti in Oye local government of the state and his killer, Potable, were best of friends.

It was also gathered that Potable was the best man during Ajayi’s wedding in 2014.

However, the bond of friendship was broken on Sunday afternoon during a misunderstanding between Potable and Ajayi over the sum of thirty Naira.

Witnesses said the argument had already been resolved and Ajayi had taken his seat to continue with his beer unknown to him that his friend had gone to break a bottle, with which he stabbed him in several places, including his neck.

Though Ajayi was rushed to the hospital, it was late as he gave up the ghost.

The suspected killer, according to witnesses, has been arrested by the police.

Ooni Of Ife To Indigenes: Return Home To Develop Your Town 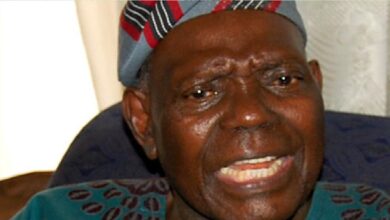