The National Association of Seadogs, NAS (Pirates Confraternity) has called on President Muhammadu Buhari to take a brave move to investigate former DCP Abba Kyari to save Nigeria from global scrutiny and the fading image of the country.

The organisation asked Buhari to take responsibility for the scandal, blaming the Buhari government for being responsible for Kyari’s mess.

NAS also chided the Inspector General of Police for the unsavoury image of the Force which has been further battered by Kyari’s cocaine saga.

Owoaje said “IGP who could hardly give a cold shoulder for wrong behaviour but hobnobbing with a suspended officer under investigation over allegations of international fraud to the disturbing extent that the latter was a conspicuous personality among guests at his son’s wedding recently.

“The IGP has shown that he is undeserving to be trusted to clamp down on crime and criminality even among the rank and file over which he superintends.

The group said the police have not sincerely investigated Kyari’s criminal indictment by the Federal Bureau of Investigation (FBI) of the United States of America as part of investigations into the $1.1 million advance fee fraud involving an Instagram celebrity, Ramon Abbas aka Hushpuppi.

The President, according to the group, has a moral and legal duty to allay the fears of many Nigerians who view the Kyari drug saga as an orchestrated ploy to delay his extradition to the United States to face money laundering charges.

“Nigerians, wearied by a litany of pernicious lies and propaganda by the current administration, and also having watched state officials habitually perpetrate injurious acts without consequences, can hardly be blamed for lack of trust,” the group stated. 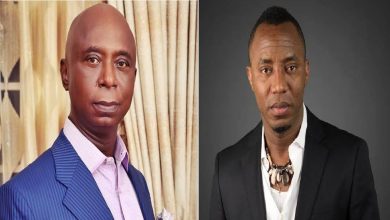