No one would have expected major political rifts between ex-governor of Lagos, Asiwaju Bola Ahmed Tinubu and one of his protégés, Rauf Adesoji Aregbesola – minister for interior and ex-governor of Osun State.

The recent attack on Tinubu by Aregbesola is evidence of their ‘secret but cold war’. Taking a cursory look at some of the possible reasons that might have fueled the rift between the two allies, It was revealed that all of these cannot be disconnected from the moves by Aregbesola to take control of the political structure in Osun.

“Like Tinubu who controls Lagos, Aregbesola expects that he should still have power to make decisions in the affairs of Osun and the All Progressive Congress (APC) in the state,” a party chieftain who spoke with this newspaper under anonymity explained.

Political pundits in the state also told our reporter that Aregbesola had on several occasions reported the incumbent governor of Osun State, Gboyega Oyetola to Tinubu over alleged negligence of ‘elders’ of the party including himself.

“He expected Tinubu to call his cousin, Oyetola to order but Asiwaju pretended as if he knew nothing about Osun politics. Aregbesola is really feeling betrayed by Tinubu and that would really affect Oyetola in the next election,” the chieftain added.

Speaking at a political gathering in Osun on Monday, Aregbesola made reference to the case of former Lagos Governor, Akinwunmi Ambode who was voted out due to a perceived disloyalty to the party.

“It is possible some share your ideals and it’s also possible some do not. This happened in Lagos recently. There was a governor, who wanted to seek re-election and the party declined and showed him the way out with their votes. So, the same way it was in Lagos then, is exactly the way it is in Osun today. What is good for the goose, is also good for the gander. It cannot be the turn of your younger brother now and you change the rules.”

The above statement and endorsement of Moshood Adeoti, former Secretary of the State Government as next governor by Aregbesola must have sent a signal to Asiwaju that even in his race to become President, he should count Aregbesola out.

Many would wonder how a fight over power would make longtime allies become enemies. Aregbesola used to be loyal and Tinubu used to see him as his political son. However, Asiwaju’s refusal to go against Oyetola explained the popular saying that “blood is thicker than water.”

Aregbesola served as the Director General of Asiwaju Campaign during the 1999 election and was Commissioner to Tinubu for eight years. He was governor for another eight years with the political anointing oil of Tinubu and perhaps his political dexterity.

When asked why Aregbesola did not respect the good old days, the minister’s loyalist Rasheed Adio revealed that “Aregbesola committed his loyalty to his leader and demi god, Tinubu and having come to power, Oyetola should have done same and not embrace Omisore who is taking unmerited credit.”

Sources within the Tinubu’s camp said it is fair if the ex-Lagos governor is uncomfortable with the attacks on his nephew by Aregbesola’s men for reversing some policies of his predecessor.

After the September 22, 2018 governorship election, Ademola Adeleke of the Peoples Democratic Party (PDP) led with 254,698 votes ahead of Oyetola who polled 254,345 votes.

Iyiola Omisore came a distant third with 128,049 votes but soon became the beautiful bride to help his two leading rivals after the Independent National Electoral Commission (INEC) declared the election inconclusive on the ground that the 353 votes margin between Adeleke and Oyetola was lower than the number of cancelled votes (3,498) in seven polling units.

INEC scheduled a rerun for September 27, 2018 and Omisore declared his support for APC. Following Omisore’s support, Oyetola won the rerun with 462 votes.

By the time Oyetola was going to make appointments, he made the running mate to Omisore in the election, Lawal Olayemi, the Commissioner for Youths, Sports and Special Needs. Omisore has since become a key adviser to Oyetola.

It was understands that the appointment and many others didn’t go well with the Aregbesola’s camp and they accused the governor of neglecting his predecessor.

Insiders said a reversal of some policies of Aregbesola by Oyetola also made their crisis deepen. One of these is the controversial single school uniform Mr. Aregbesola introduced in 2013 for all public primary and secondary schools.

Others are the reclassification of the public school system and the abolition of single-sex schools across the state were some of the 26 issues reviewed by Oyetola.

Multiple sources also said Oyetola did not back Aregbesola’s ministerial appointment. As all of these continue, Omisore benefits more by making notable decisions in Oyetola’s government.

Omisore now earns respect within Osun APC. He has a history of dominating any party he moves into and it seems Aregbesola will not tolerate this dominance. Will Oyetola secure a second term, without Aregbesola’s support? 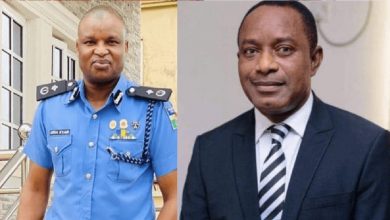