After serious deliberations that dragged into the early hours of yesterday, the National Executive Council, NEC, of Academic Staff Union of Universities, ASUU, said it was embarking on a month strike to press the Federal Government to meet its demands.

But the Federal Government in a swift reaction, said ASUU was insincere, especially considering the reasons given for embarking on the warning strike.

Speaking at a briefing in Lagos, National President, Prof. Emmanuel Osodeke, said the decision became necessary because the Federal Government had ignored them and refused to meet their demands.

Vows to sanction FUTO VC, others over Patami’s professorship

The union also said it would sanction its members, including the Vice-Chancellor of the Federal University of Technology, Owerri, and others involved in the conferment of the position of Professor of Cyber-security on the Minister of Digital Economy, Dr Isa Pantami.

This is just as the union said the minister should resign his position for breaching due process as he could not be a serving minister and still occupy a professorial seat in a university.

He said it was unfortunate that the education sector had been left by the government to rot.

He said: “A lot of shenanigans are being perpetrated by people in government. One is the professorship conferred on Minister Isa Patami. He is not a lecturer at FUTO and if he wants to be, let him resign his position and go and teach. All those involved would be sanctioned by our union, including the vice-chancellor.

“Proliferation of universities is embarrassing. Every senator now has a bill in which they are demanding that universities be set up in their constituencies without adequate provisions made for the funding.

“We are suggesting that the law mandating the National Universities Commission, NUC, to license new universities to be amended to ensure that at least a new university would have a take-off grant of not less than N30 billion kept somewhere.

“Some state governments that are owing lecturers in their universities over six months salary arrears are also setting up new ones, that is a huge joke. Where will they get money to fund them?”

The union also frowned on the role being played by the Joint Admissions and Matriculation Board, JAMB, in the admission of students into higher institutions, especially the universities.

He said: “It is the duty of the Senate of a university to admit students into the university. The role of JAMB is to conduct the matriculation examinations.

‘’Now, the board has taken over the role of the Senate and it is going beyond its brief. Admission is purely an academic affair, not an administrative one.”

On what would happen after the expiration of the four-week warning strike, Osodeke noted that the union would appraise the situation and take the next step.

Commenting on the union’s stance, the President of the National Parent Teacher Association of Nigena, NAPTAN, Haruna Danjuma, said the fact that the strike is not an indefinite one is somehow commendable.

He said: “We thank God that the strike is a warning strike, though it is slated to last four weeks. We sincerely hope that before the time runs out, the government would have satisfied the yearnings of the union.

“We are tired of seeing our children at home doing nothing. We have started contacting our national executive members to decide on the next line of action.

“If we are able to do it, we would not mind meeting with the President and Minister of Education on the matter. We should not waste the time of our youths, enough is enough.”

Students may be forced to go on the streets — NANS

Also commenting on the development, the South-West Coordinator of the National Association of Nigerian Students, NANS, Stephen Tegbe, said the association was studying the situation and would react appropriately later.

“However, if there is a need for Nigerian students to go on the streets to protest and draw attention to our plight, we will not hesitate to do that. Education should be given the priority it deserves. We are tired of this one week in school two weeks at home. We want a decisive step taken to resolve all the issues,” he said.

It would be recalled that ASUU had been at loggerheads with the government over some issues, including the payment of Earned Academic Allowance, revitalization fund, the discontinuation of the use of Integrated Personnel Payroll Information System, IPPIS, and replacing it with the University Transparency and Accountability System, UTAS among others.

The union went on a nine-month strike in 2020 over the same issues.

Meanwhile, the Federal Government, yesterday, accused ASUU of being insincere in its claims on the reason for the declaration of a one-month warning strike, describing the strike as illegal.

It also said the University Transparency System, UTAS, which ASUU came up with as the payment mode against the Integrated Personnel and Payroll Information System, IPPIS, had not passed the integrity and security tests conducted by the National Information Technology Development Agency, NITDA.

This is even as the Ministry of Education has set up a group to look at the renegotiation of the 2009 agreement as it concerned the condition of service, salaries and welfare packages of workers.

The Minister of Labour and Employment, Senator Chris Ngige, who responded to Vanguard enquiries on the position over the warning strike, said he had not received any official communication from the university teachers.

But asked what would be the reaction of the government if officially communicated, the minister said: “Proactively, we have been working with the Nigeria Inter-Religious Council, NIREC, co-chaired by the Sultan of Sokoto, His Eminence Sa’ad Abubakar and Rev. Samson Ayekunle, President of Christian Association of Nigeria, CAN. They have held two meetings with ASUU. In labour administration and labour parlance, it is allowed, it is called tripartite plus.

“So as the conciliator, the president has directed me with the Minister of Education and Chief of Staff to liaise with NIREC and so we are in communication with the NIREC secretariat and the Sultan himself, who was attending to other issues over the week.

‘’They have held two meetings with ASUU and they told the lecturers to give them a chance to look into the matter fully and I have equally briefed them on the situation of things. So, I don’t know how ASUU has now declared a strike and called it a warning strike. There is nothing like a warning strike.”

Asked why the government was always in the habit of reneging on agreements entered into with unions as alleged, the minister said: “Stop using that language. If an agreement is reached, it is binding on the two parties.

“I give you an example on UTAS, University Transparency Solution, they are supposed to work with NITDA. NITDA is the office that will give certification for any software to be used in any government agency.

‘’You say you want to deploy it to the university system for payment and NITDA has looked at your solution, looked at the acceptability, looked at the security, whether it can be hacked (vulnerability), looked at its integrity test and out of 500 tests they conducted, they told them that 300 of them didn’t pass.

“How do you then deploy such a solution or such a system, how? Is it the Labour Minister that will decree that it must be used? Is it not NITDA and the Ministry of Communications and Digital Economy you’re working with?

‘’So, if they write you and say these are our observed lapses and you reply because they gave me the lapses and I forwarded it to ASUU, ASUU now replied and said that some of the things they are saying about the integrity test are not correct.

“The hardware will be deposited and housed in National Universities Commission. So they have been meeting, they have been working on it. But they said no, that they want their own to be put into place immediately and that if there are any lapses, the correction will be done.

“But NITDA says it doesn’t work that way. You can’t accuse the government to have not done its own bit, the government said it is going to use it, it is homegrown, and we like homegrown things.”

On the way forward, Ngige said: “The way out is they, ASUU, have to call off this their leave. They gave themselves leave by force, that is what they did, illegal leave.”

Sets up a group to look into 2009 agreement

On whether the government was making any efforts to resolve the problem, he said: “I have not got official communication; when I get official communication, I will respond. I was in touch with the Minister of Education last night, they are putting up a government group meeting today in their place to look at the renegotiation of the 2009 agreement, which is actually as you will call it a renegotiation of the condition of service, their salaries, packages and welfare renegotiation.

That is the main thing there, every other thing there is ancillary. As far as I am concerned, I haven’t got any official communication.” 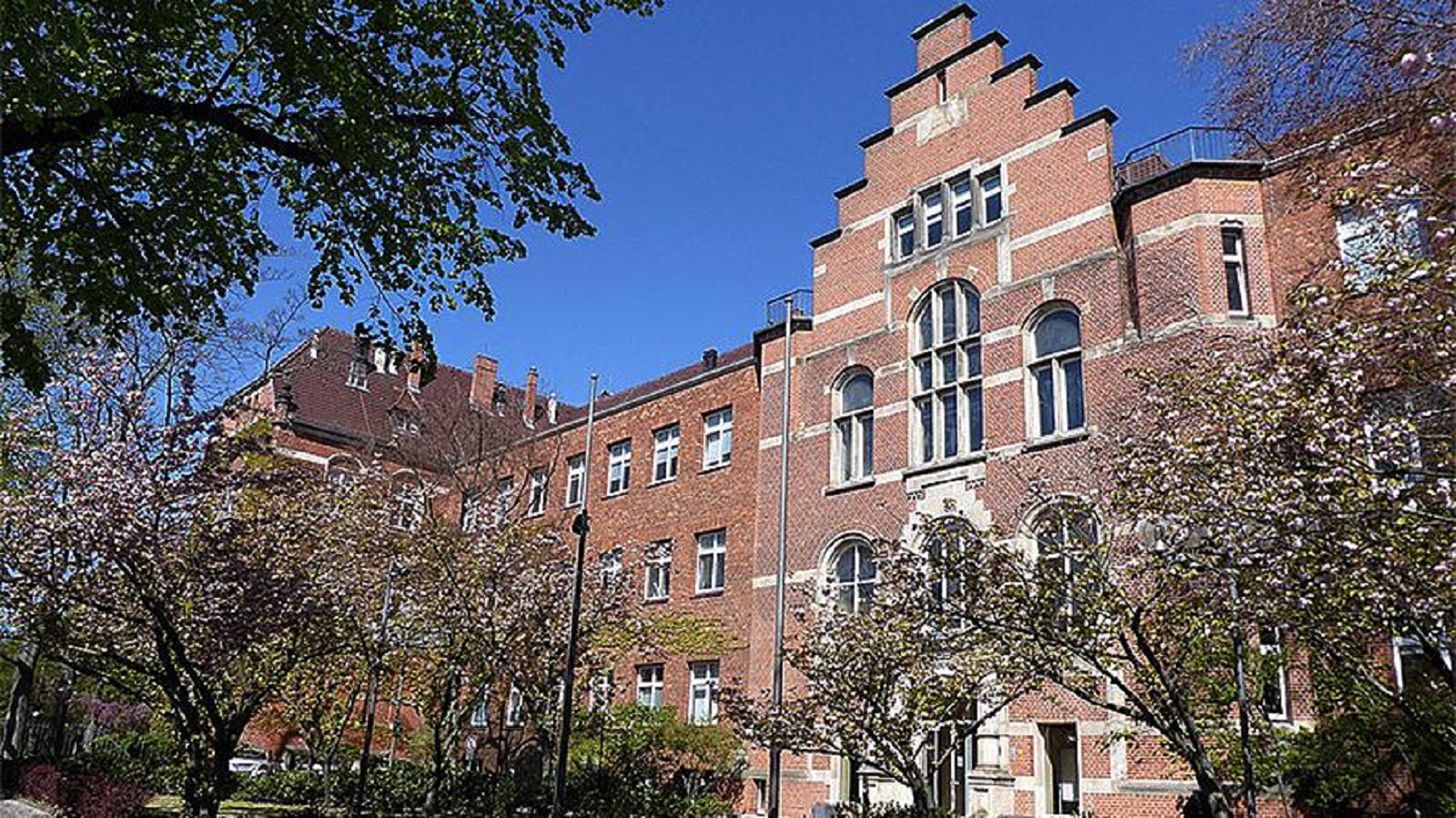 German scientists warns of second and third waves of coronavirus

UN estimates the cost of fighting the COVID-19 pandemic