Weeks after snubbing the question of Asiwaju Bola Tinubu source of wealth, the director-general of the Tinubu Support Management Council, Abdulmumin Jibrin, has finally made some revelations.

In an interview aired on TVC News, Jibrin, a former member of the House of Representatives, was asked again to speak on Tinubu’s source of wealth.

In his response, Jibrin said the source of wealth of the national leader of the APC has never been a source of controversy, adding that it has always been in the public glare.

According to the former lawmaker, Tinubu had been hunted by multinational organisations right from his schooling days, stating that the former Lagos governor worked for Mobil and other companies before delving into politics. Jibrin reiterated that Tinubu did not get into politics as a poor man.

“He has means…this man has business in his DNA…importing, exporting and all the people talking are fully aware that he was sponsoring pro-democracy activities singlehandedly in the mid 90s

“So, why are they not asking where he was getting that money from? This is a man who has had investments all over the world. Massive shares in Apple (Apple Inc). Apple that you know and if you know the processes you have to go through, the due diligence to be a shareholder there…

“And I was actually even surprised lately when I was watching a football match with him.. for me to get to know that he is a shareholder in Manchester United. So he has been in business. Even if you put that aside, for somebody of his caliber, the level that he has attained in politics, not only in Nigeria, all over the world, a politician of the standing of Asiwaju will have enormous goodwill.

Tinubu’s competence is never in doubt

Speaking further, Jibrin said Tinubu’s competence has never been in doubt, adding that he has the capacity to change things and improve upon what is already in existence.

He said the APC leader has done this in Lagos, adding that he has also been been part and parcel of policies that have positively impacted the country even though he no longer occupies public office.

Speaking on Tinubu’s age controversy, Jibrin said it’s embarrassing that journalists ask about his age when he celebrates his birthday every year, adding that he is 69 going to 70.

George said this on Monday, January 10, while reacting to Tinubu’s decision to inform President Muhammadu Buhari of his intention to contest.

The PDP chieftain said Nigeria’s presidency is not for persons like the former governor of Lagos state. 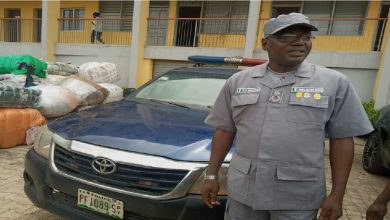 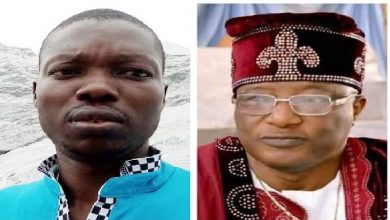