A member of the All Progressives Congress, Daniel Bwala, has claimed that Vice President Yemi Osinbajo will not be contesting for presidency in 2023 against former Lagos governor, Asiwaju Bola Tinubu.

Bwala spoke when he appeared as a guest on Channels TV’s Politics Today on Tuesday.

Bwala emphatically claimed that “Yemi Osinbajo is not running for President. He is not interested.

“I think I know the wisdom behind why VP Osinbajo is not running and he is shooting down every attempt to point towards that.

“He may have understood that the general principle of equity and fairness is that one good turn deserves another. He had a principal who supported him for eight years and because Asiwaju (Bola Tinubu) has indicated interest, morally, not legally, it would be injurious for the Vice President to express interest.

“Secondly, there’s an idea that if someone has helped you and indicated interest, your best bet is to go about supporting him with the hope that he doesn’t get it, he will now throw his weight behind you but you will not challenge him and I think that since the Vice President is not interested, it is important that he comes out and downplay his supporters and support Asiwaju, because if you continue to leave people in limbo, there is going to be a crisis between your supporters and his supporters.”

There have been series of speculations that the Vice President plans to run for President, but he has not declared his intention in public. 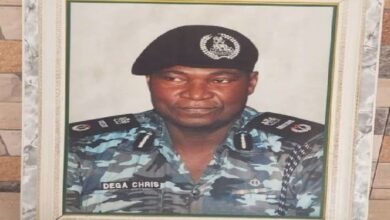