Ahead of the 2023 general elections, former Lagos State Governor, Akinwunmi Ambode has asked Nigerian youths to get their permanent voter cards ready, stressing that power is in their hands.

This is coming amid speculations that the former governor might throw his hat in the ring to contest for the governorship ticket of the All Progressives Congress (APC) in 2023.

It was recalled that Ambode, who contested a second term ticket under the APC, lost to Governor Babajide Sanwo-Olu, the anointed candidate of Bola Tinubu, in 2018.

Tinubu had rejected Ambode at the time, saying though he was doing well as the governor, “he isn’t a good party man.”

Ambode has since kept a low profile after he left office in May 2019.

In a post on his Facebook page on Tuesday, Ambode said God had been faithful to him after all he had been through.

He appreciated Lagosians for their support and endorsement of his modest contributions to the development of the state.

While saying it can only get better for Lagos and Nigeria, Ambode said the youths are coming and power, according to him is in their hands.

He charged the people to get their PVC ready, saying the future is now.

His words: “After all we have been through, God has been faithful. Thank you for the overwhelming endorsement of our modest contributions to the growth of Lagos. It can only get better for Lagos, and indeed Nigeria.

“The youths are coming. The power is in their hands. Go and get your Permanent Voter Cards (PVC) ready. Your future is NOW!”

Tags
2023: Get your voter card and come out with power - Ambode to Nigerian youths Akinwunmi Ambode All Progressive Congress Babajide Sanwo-Olu 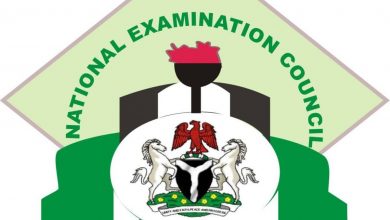 We need N2bn to conduct next exams – NECO tells FG 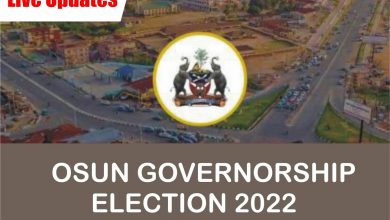