Efon Alaaye born politician was backed by the former governor of the state, Ayo Fayose.

Kolawole, from Efon Alaaye in the Ekiti Central Senatorial District, was a former House of Assembly member from 2007 to 2011 and Commissioner for Environment under the administration of Fayose between 2015 and 2018.

The chairman of the primary election committee and governor of Akwa State, Udom Emmanuel, while kicking off the election said: “It is our expectation that this Ekiti State primary election will be seamless at the time it is completed. We hope to see that the Ekiti State chapter of the PDP elects a widely acceptable flagbearer.”

According to him, the candidate should be able to make the ‘umbrella’ stronger and win the upcoming governorship election in June.

Udom disclosed that the aspirants were properly screened for the election and made to sign a peace pact.

“We are in agreement on strict adherence to electoral guidelines on the conduct of a credible, free and fair gubernatorial primary election in Ekiti.

“We also agreed to observe the protocols laid down by National Center for Disease Control (NCDC) for prevention of Covid-19 transmission,” he said. 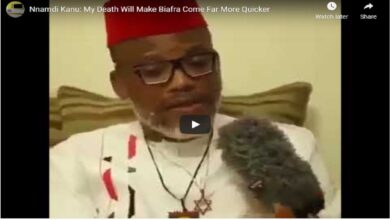