Alao-Akala, a former Deputy Governor of Oyo State, is dead.

It was learnt that the All Progressives Congress (APC) chieftain died yesterday in his Ogbomoso, Oyo State home.

Alao-Akala became governor of Oyo State from 2007 to 2011, following the impeachment of his principal, Chief Rashidi Ladoja.

A source close to the former governor told Newsmen last night that Alao-Akala died in his bathroom upstairs while some people, including his personal workers, were waiting for him downstairs in Ibadan, the state capital, by 10 a.m yesterday, for his first wife, Florence’s 70th birthday slated for Saturday.

The source said when he arrived from Abuja on Tuesday, he complained of feeling feverish, took a malaria drug and went to bed.

He was said to have attended a wedding last Saturday in Abuja and held political meetings afterwards.

His body was reportedly found in his bathroom around 10 a.m.

A statement by his son, Olamijuwonlo, reads: “With humble acceptance of the will of God, we announce the passing of our grandfather, father, husband and leader, His Excellency, Otunba (Dr.) Christopher Adebayo Alao-Akala, JP, psc, which occurred on Wednesday, January 12, 2022.

“Baba died peacefully in Ogbomoso at the age of 71.

“Omo Iya Alaro will remain in our hearts forever. Rest in peace, Baba.

“Burial arrangements will be announced by the family at a later date.”

Delta State Governor Ifeanyi Okowa commiserated with the Alao-Akala family, the people and government of Oyo State on the passing of former governor.

In a condolence message in Asaba, the state capital, by his Chief Press Secretary, Mr. Olisa Ifeajika, the governor described the passing of Alao-Akala as painful and regrettable.

“The late Alao-Akala was a patriot and a political icon whose life-long dedication and indefatigable commitment to serving the people will continue to be remembered.

“His contributions to the socio-political and economic development of Nigeria and indeed, humanity will remain indelible.

“It is my prayer that God grant the immediate family the fortitude to bear the irreparable loss,” the statement said.

Reacting to the former governor’s death, widow of former Governor Abiola Ajimobi, Mrs. Florence Ajimobi said: “It’s with a great sense of loss and grief that I mourn the unexpected passage of His Excellency, Otunba Adebayo Alao-Akala. He was a patriotic, hardworking, leader in the APC fold in Oyo State and Nigeria. He was also a great and committed friend of my late husband.”

He said: “I even gathered that he watched the football match between Nigeria and Egypt on Tuesday. This is a great lesson to us all. It has shown the greatness of the Almighty God in the affairs of men.

“I share in the grief of his family, his political associates, the people of Ogbomoso and Oyo State who would continue to miss the void he left behind. I know that no words can adequately capture the grief and the pains of the loss. I, however, pray that the Almighty God console them.”

The meeting of the Ajimobi Legacy Forum (ALF) was abruptly terminated yesterday, following the announcement of the death of the former governor, who was Oyo State Chairman of the APC Reconciliation Committee.

The meeting was being held in the Oluyole home of late Governor Ajimobi.

Chairman and Secretary of ALF, Chief Kunle Sanda and Olugbenga Olayemi, described Alao-Akala’s death as a shock at a time APC was going through a major crisis over the last state congresses.

“This is a time when his experience would have greatly helped in resolving the crisis in the party. His wise counsel would be greatly missed,” ALF said.

Also, a former Minister of State for Defense and chieftain of the ruling All Progressive Congress (APC), Senator Musiliu Obanikoro, has condoled with the Alao-Akala family.

In a statement yesterday, he said: “Beyond professing that the late apex leader of the APC in Oyo State was until his last breath a true Nigerian, a mentor and role model to generations, my close interaction with him left me with a judgment that he was an elder who reflected all democratic ideals, in addition to being extremely generous, kind to a fault with blunt words of wisdom devoid of deceit.

“The history of Oyo State is not complete without the strides of the Ogbomoso-born former police officer, local government chairman, deputy governor, who later became the governor; the septuagenarian remains the man of the people from within and outside the state.”

Also, a chieftain of the APC in Ibadan, Olooye Adegboyega Adegoke, said: “I join family, friends and political associates in mourning the loss of a political leader, who lived for the welfare and security of the common man. I believe his legacies will not be forgotten.”

Also, a member of the National Governing Board of the National Youth Service Corps (NYSC), Prince Kunle Oyewumi, described the demise of the former governor as a huge loss to Oyo State and Nigeria.

In a condolence message, Oyewumi said: “The demise of Otunba Alao-Akala is a huge loss to the country.

“Having served meritoriously in various positions in the political space, the late politician contributed immensely to nation building.

“The late former governor was compassionate, urbane and kind-hearted. His memories will remain evergreen. He supported me in many ways. It is a personal loss.” 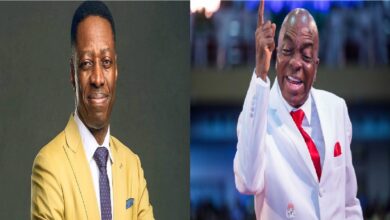 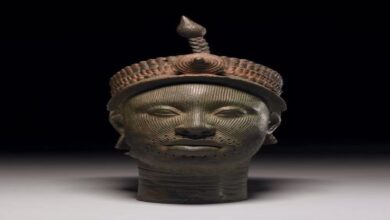