Insecurity: Buhari will end insurgency in next 17 months – Presidency – Globalgistng

President Muhammadu Buhari’s spokesman, Femi Adesina has said his principal can end insurgency before the end of his tenure in 2023.

Adesina said Buhari government would take out those behind insurgency within the next 17 months remaining.

Speaking with Channels Television, the presidential spokesman recounted how the Tamil Tigers in Sri Lanka was taken out after 28 years of rebellion.

According to Adesina: “Nothing is impossible. I always refer to the Tamil Tigers in Sri Lanka.

“That rebellion lasted for 28 years. But one day, the mastermind of that rebellion was taken out and that was the automatic ending of it.

“Those who are behind this insurgency will be taken out. They are being taken out one after the other and it will get to a point that the last of them will be taken out, and then we’ll get to the end of it. It can be done within 17 months that remains for this administration.” 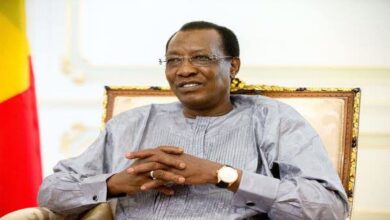