Governor Kayode Fayemi administration has postponed indefinitely the examination scheduled for Wednesday for thousands of job seekers in the state.

Adewumi Fawekun, director, Appointment and Posting, who signed for the Permanent Secretary, Ekiti Local Government Service Commission, said this in a statement issued on Wednesday in Ado-Ekiti.

She said Governor Kayode Fayemi had also directed that the application forms fees be refunded to the applicants.

Mrs Fawekun said that the the-three-day examination scheduled to commence on Wednesday would no longer hold.

“This is to inform the general public, particularly candidates, who obtained employment forms at the Ekiti Local Government Service Commission that the examination earlier slated to commence on Wednesday, will no longer hold as scheduled.

“Further information will be conveyed to candidates in due course. Meanwhile, Gov. Kayode Fayemi has directed that the employment forms be made ‘free-of-charge’ to all candidates,“ she said.

She said the date of refund of the application fees would be communicated to the affected candidates soon.

The News Agency of Nigeria (NAN) reports that as of the time of filing this report, a new date for the examination had not been announced.

NAN recalls that the state government two months ago invited interested candidates to apply for vacancies in both junior and senior categories of its workforce.

Abba Kyari reveals the people behind his tribulation 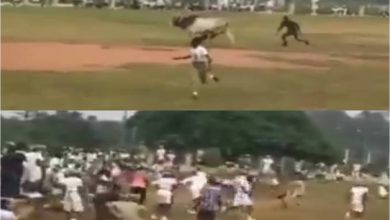